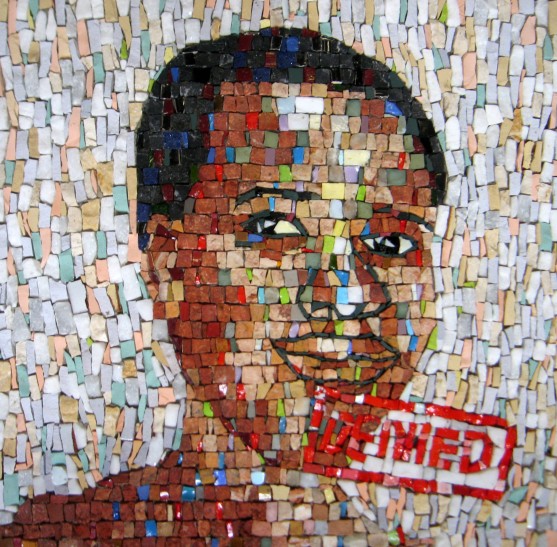 Late Buhle Msibi (25), HIV activist in a 2006 portrait, interpretation of Zanele Muholi’s Faces & Phases portrait produced by the artist in 2013 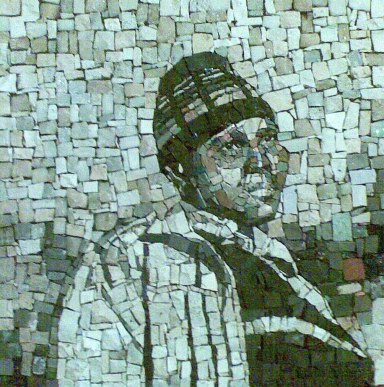 Late Busi Sigasa (25) died in 2007 March from HIV complications. The work is interpreted from Zanele Muholi s Faces & Phases produced by the artist in 2013. 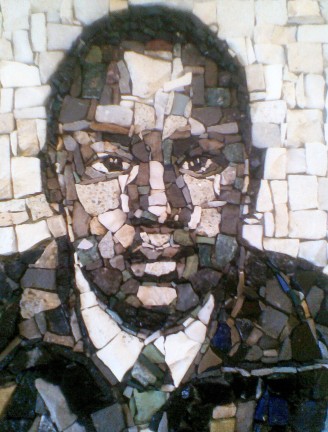 STONED: Zoliswa Nkonyana (19), victim of a hate crime incident which took place in 2006, Khayelitsha township.
She was stoned to death by a group of young men.

Education is the key.
This particular artpiece is the cover photo for Sparkling Women, edition 19.

“I agreed to do these works on hate crimes because it is a part of me.
As a black lesbian survivor of assault in South Africa, I’m very much affected by hate crimes.  When ever I worked on these portraits I felt a deep connection to the victims and their families.  Inasmuch as I think of how my family would reach if I were to be one of the victims.
For me there is no better way of expressing my anger towards the senseless killings and also to pay tribute to my sisters.”

Ziyanda Majozi is currently on a mentorship programme at the Bag Factory Studios, Johannesburg, mentored by David Koloane, Pat Mautloa and Nicola Tylor.
She is a very ambitious young woman, mosaicist, artist and activist who would like to make change through Art.

She creates personal art that aims to change how people see things and what they think they know.

She grew up on the outskirts of Nqamakwe, a small town in the Eastern Cape Province.

Ziyanda is a self-taught artist who discovered the love of drawing and painting at a very young age but didn’t get to explore more of her talent at the time. She then reconnected and rediscovered her talent later in life. She gained further experience through multiple art workshops and trainings.

Her determination: ambition and drive to acquire knowledge meant that she had to work extra hard to find herself a place in the art world.  She studied two years of Graphic Design at Cape Peninsula University of Technology (CPUT) but did not finish due to financial difficulties.
In 2008, she became participated in an artistic project that focused mainly on mosaic. Later became one of the board members of the same project. Previously got involved in some art workshops at Good Hope Art Studios.

Ziyanda is inspired by a number of people that she met along her journey. To mention a few:  Marlise Keith, teacher at Spier Academy; Edwin Simon, former coordinator for the foundation at CPUT and Zanele Muholi, photographer/visual activist.

“Mosaic for me is a fighting, talking tool….it is raw,
I express myself better in this kind of medium…
…my anger, frustrations…
I manage to conquer something when I start holding the stones,
It is like they are the little voices that understand me better than anyone.”
– Ziyanda Majozi.