The title for me brought great expectation and curiosity. I thought the faces will have more stories/phases of what they had to go through as black lesbian women. Paging through the book and seeing the many faces of different lesbian butches, feminine lesbians and trans people, I got more curious as to why they were all so serious.

Going through each page I could see by their expression how serious this project was for them how just by looking at them they wanted or hoped to tell their story without words, pain, anger, fear and disappointment at the same time.

Reading the short stories I could relate to some of them. As a lesbian “butch” mother of a ten year old, I can identify with how acceptance is very important to oneself, because its not only the heterosexual community that judges you on how you “became” lesbian if you have a child but also our own community judge us.

Forgetting that one has to go through her personal demons in order to get to a place she feels whole and also forgetting that before the existence of what we call “the millennium” lesbian life wasn’t as “simple” as it is to date.

I felt that though the Faces and Phases project is good the author didn’t get in too deep in to the stories of the people she featured here some stories don’t really show any emotions its like the person disconnected herself from it while telling it and some here knew why they were featured but I don’t think they fully got the intent of the project behind Faces and Phases. 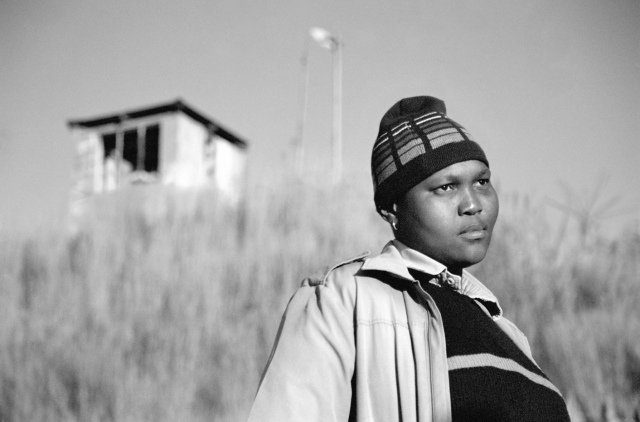 I would have loved to know more about the life of Busi Sigasa and more about our trans women, how they became transgender and how its affecting their life if they are content in who they are today, and the decision they took. I feel the author withheld so much I don’t know if it was because she personally knew the people she featured on this project or?

I love the fact that she got to the core of most intimate fears as women and more as lesbian women where men think they have the right to take from you what they think belongs to them (how sick can one be to think by forcing himself on you he would change you from the person you are.). Then they think about giving it a name “corrective rape”, we give in to their sick mind of owning us Rape is Rape it is has no power of correcting anything, what it does is break you piece by piece until you loose yourself in it.

By saying its corrective rape its like we giving them power to what they set out to do. Immediately when you pick yourself up and rebuild what they thought they had broken you show them that you are powerful beyond their imagination. I love that because it gives other lesbians hope and courage to surpass against their enemy’s mental state.

In conclusion I would say a continuation of this project is needed where Mr Muholi can showcase and tell stories of our whole LGBTIA community, fem, “soft-butches” stone/ hard core butches, bisexual women, gays( cross dressers and all) more transgender women/ men on going and really tell their stories as to educate those that don’ t understand or those that don’t want to accept and understand our lives.