Nelson Mandela Day has arrived, an annual day to commemorate the life and legacy of Madiba. As I write this, Doc Shebeleza’s kwaito music hit “Ebumnandini”, is still ringing in my head, not only because it is a great song that induces a heightened nostalgic among us 90s kids, but because of how we chose to commemorate the day this year. It is important that I mention kwaito music, how it played in the background at Mr. Butchers – a ‘braai and chillas’ hangout spot in Daveyton because it captured a genuine township sensibility. Moreover, the kwaito music genre highlights the necessity of a post-apartheid Black youth creating their own narratives in response to the urban landscapes which they find themselves in. It is about agency. When the Miss Gay Daveyton 2016 finalists in their their denim jeans and heels, loud, proud and fierce,  took to the streets it was clear that many LGBTQI folk in our township communities are rising up and challenging imposed narratives.

Because the actual day, 18th July falls on a Monday, many around the country chose to dedicate 67minutes of charitable service in their communities over the weekend.

Zanele Muholi came through to Daveyton with her friends Mpho Nefuri and Senny Mzolo conducted a photo shoot at Mr. Butchers. Local residents and friends were enjoying good wine, beer and braai meat, and a group of young men huddled not too far off. Every now and then one would spot young children playing and running about like they knew their curfews were close, and yes, I will say it till you do the kwasa-kwasa, a kwaito playlist was booming in the air. 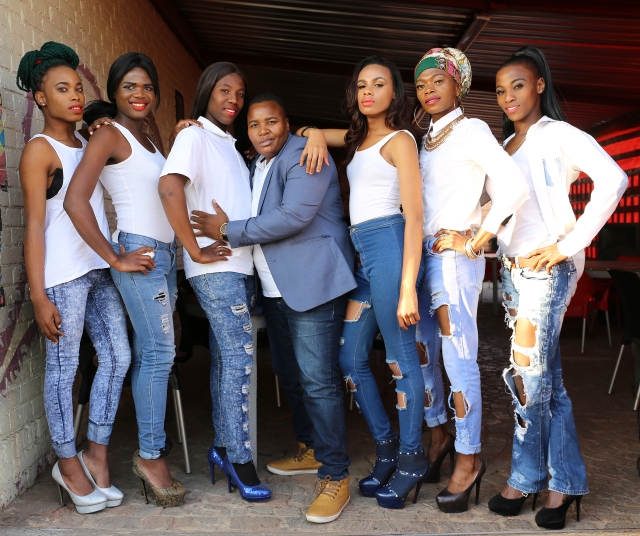 The Miss Gay Daveyton finalists all very keen for this year’s pageant, in between stopping traffic (literally!) with their poses, and shots, took time to mention what they would be doing this year as part of Nelson Mandela Day. Vilender Twala said that usually she helps with chores and activities in surrounding orphanges in her community, of Nigel and would be doing that most likely this year. Balang Khofu, stated that there two charity events that she would be taking part in; the first is with a company called Black Soul which will be supplying meals to charity organisations on the day. The second, which she spearheads, is a drive that is concerned with donating clothes and blankets for the needy in her community, she currently has five blankets. Funo Ndlangamandla, associated with the LGBTQ organisation Uthingo, which was founded by Lesiba Mothibe, usually participates in functions with the organisation. Uncertain of whether or not she would be involved with it this year because of work commitments, she revealed how every now and then she cooks and has meals with and H.I.V infected boy in her neighbourhood whom she sometimes helps with school uniforms and stationary, and that she had not seen him in a while and that she would be having lunch with him so as to catch up.

Of course, we also enjoyed some braai vleis and good music, the journey to the crowing of Miss Gay Daveyton continues. Walking the streets of Daveyton with the contestants, I could not help notice some of the gawks and stares of a select few in the community, these were not met with insecurity or shyness, but with pride and fierceness. Nelson Mandela Day is not merely about performing charitable works, it is a moment to pause and reflect on the legacies we have inherited and the work to be done in our community at large, the black LGBTQI project continues. I can truthfully say that visibility outside horrific news of violence against LGBTI is gained every time we enter  public spaces and dance, pose and just breathe. That’s what we did today. 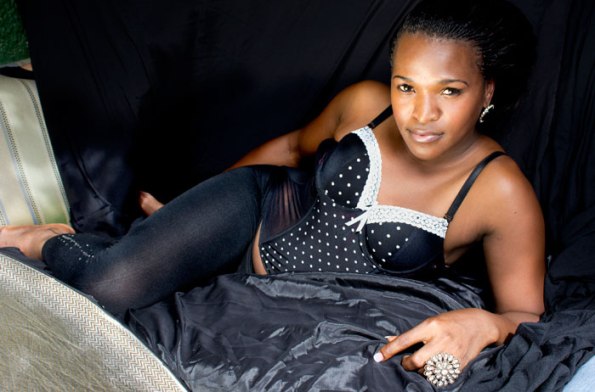 For transwoman Senny Mzolo, who was visiting from Durban, today has been a very educational day. Before arriving in Daveyton, Muholi took her and Nefuri to the Constitutional Hill where she encountered the histories of Gandhi and Madiba. The music at Mr. Butchers took her back to when she was growing up, back when Boom Shaka, TKZee and Abashante dominated the airwaves. Mzolo, holds the titles of Miss Gay Durban 2009, Miss B-Zone 2004 and a 2nd Princess Gay UKZN. She is currently working on starting her own organisation which will be dedicated to raising awareness for transgender persons in KZN province. It will be focused on making access to facilities, doctors and psychologists. For Mzolo, today was about experiencing the love and affirmation from her community in Daveyton, she quite perceptively notes how the owner of Mr. Butchers was welcoming and open, and how the space in its entirety was gay friendly. These are the narratives that do not make mainstream news.