Text and photos by Lebo Mashifane

I was awoken by a phone call from my grandmother asking me if I am going to cast my vote. Indifferent with the elections, I answered “yes” just to make my old Lady happy.
It’s funny how we don’t see alike when it comes to defining “freedom”.
Clearly Gogo is excited about practicing her freedom with a 13 digits barcode that seems to determine everything. I see it as a systematic incarceration. Gogo said to me this morning on the phone call that I should look my best, put on nice clothes and make my hair neat. I guess if I had some political party badge or a religious badge I would be told to wear it with pride today. All along the only thing I think of is that “I have an article to write”. Now that’s me exercising my freedom to write what I like. Well of course the other option is to go around the corner of my street where the voting station is and vote. Big deal black people vote; the youth finds it useless and the elders hold pride in voting. I am a generation caught in between with a question: what is freedom? 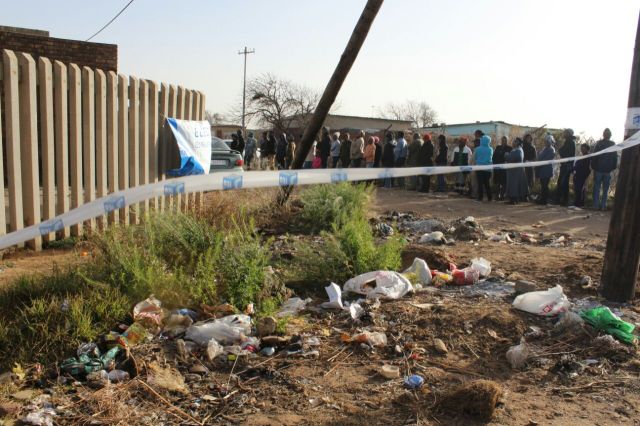 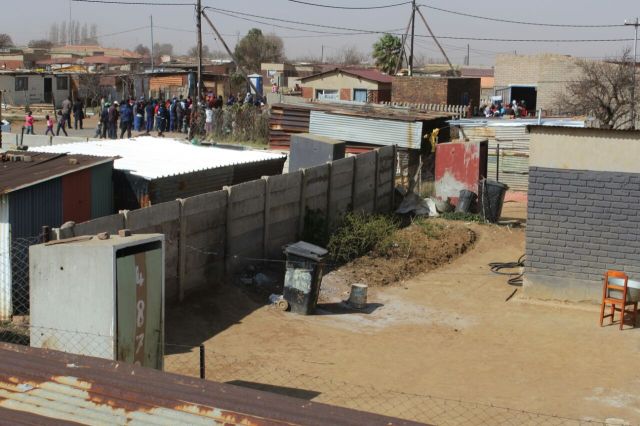 It’s windy and dusty and I can’t even take pictures. Service delivery from government is that we have tar roads, how ironic that the road where the voting station nearby is has no tar, just gravel and people are to stand in this dust to say they are free?
People in my hood don’t have houses and they need to cast votes?
Excuse me for not fully understanding the system that has left black people shackled in their own minds while other races and nationalities have built their heaven in our country.  A country made of boarders that make Africans turn against each other but obey non Africans.

I feel like I need to psych myself into believing in something to vote for. Well alas I joined my mother in the voting queue and asked her a lot of questions about this situation. She too strongly believes that we need to cast out votes because when she was young, they fought for this freedom even though she also admits that it has been rottenly tempered with by people who are currently in leading power. 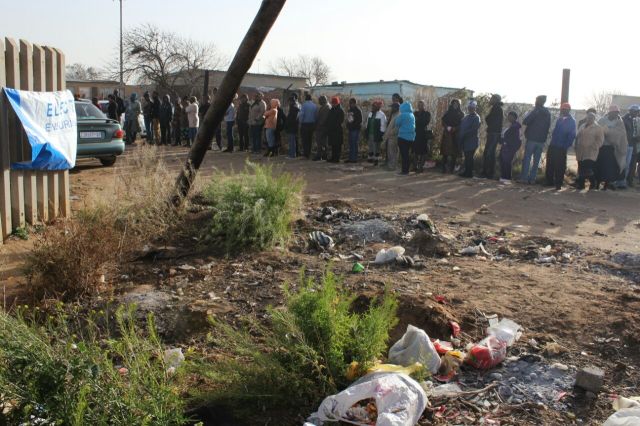 “It is an insult to those who were part of that struggle.” She says.
I wish to vomit frustration at the voting station.
I get an angry erection from this election.
I wish to see IEC in ICU for a change of heart.
13 digits starting in 8905 is what it costs to paint my thumbnail and voice me “silently” ironically to a question,
What is freedom, but a state of mind?