Everywhere I go and everything I do I never forget where I come from, Daveyton eVutta, ikasi lama kasi. I’m from East-Rand, the last township before you enter Mpumalanga. East-Rand is where tourists never set foot, where voices are never heard, where talent is as raw and fresh as steak from a freshly slaughtered cow. A small township with less hope and huge passion. That’s my space, that’s my home, my very own humble beginning and I am not ashamed to even say I come from this place.

On the 28th of February I got ready for my trip to Cape Town with two of my colleagues Heaven Oldjohn and Simphiwe Makhanya. We took a late bus that departed Park Station, Johannesburg at 19:00. It was a long and fun trip because I got my team with me the love we have for each other is Godly its like we are in sync. We arrived in Cape Town the following day at 14:30 and found Lelethu “Ledza” Ntanjane (the event organizer) waiting for us with food which she called a Gatsby a kota from Cape Town that has fish, chips and some salad all inside a big roll. 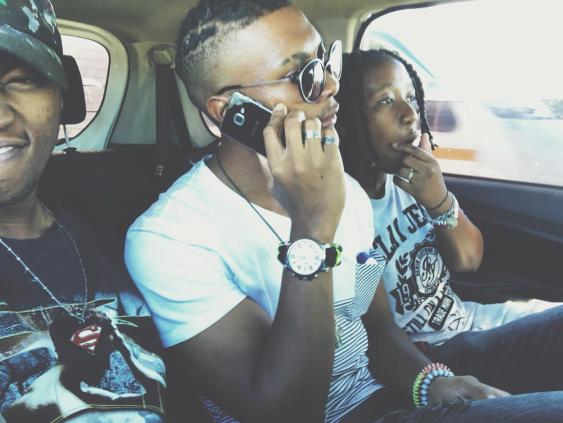 We got to her house, met her lovely mother, ate the Gatsby and helped her with what was outstanding with the event preparation. The townships we reside in are not peaceful places but we try to take out the good in them. Ledza lives in a place called Philippi which is next to Gugulethu and the crime rate that side is crazy. Going to the shops which was a 2min walk, we had to leave expensive belongings like cellphones, wallets etc. Imagine that kind of lifestyle and here I am thinking Joburg was bad, their shops and saloons have locked security gates. At first it sounded ridiculous but you know what they say when you get to Rome you do what Romans do. Did I mention how ridiculously expensive things are that side ahh angeke our people are being robbed daily, the cost of living in Cape Town is too high.

On the day of the event on March 2nd everyone was getting ready for the event, the stage was ready, the stretch tent was up, deco, the sound and the security on standby. Before I carry on with the events of that day I would like to take this moment to say in all the events and places I have performed Lelethu gave me the best treatment an artist can find in this country and I thank her. Back to the events of that day, the event was packed to a point that some people where standing outside the barricade gates looking beautiful and Queer. We also looked fly with our hand painted jackets. 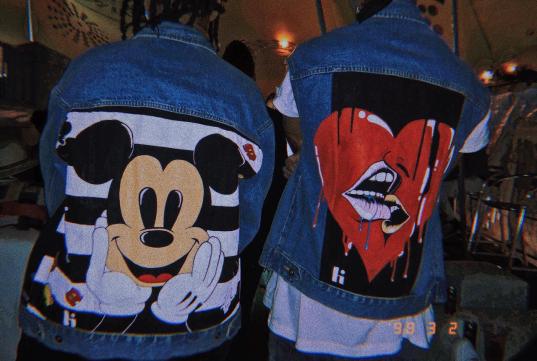 I was not feeling well before performing, I was not sure if it was being in a different atmosphere or the food and it affected my performance. After performing I went straight to bed because I couldn’t even breathe properly but apart from that the event was a success. I woke up early the next morning feeling a bit better. I could still hear people who hadn’t went home. As I was gathering myself I suddenly hear several guns shots, my head goes back to when I had a traumatic experience at Springs mall. We stayed in bed until all the commotion was gone. Later on while we were preparing to have breakfast Ledza tells us a gang of thieves flocked the event and robbed people. They took everything from phones, wallets even wigs yho Cape Town’s crime rate is on another level nje. In all this commotion a more sad part is that apparently a lesbian who was robbed decided to take the law in her own hands and followed the thieves and in that process she got raped and stabbed in her hand. Can we stop being superheroes especially when we are intoxicated because now we again have to deal with such issues when alcohol is involved.

I can imagine how Ledza felt after this; she had to deal with being bashed on social media by people saying how she doesn’t care about people’s security blah blah blah. I understand people who were there complaining and saying whatever but those I don’t get are those who where no were near the event and those who have never been to Philippi, or any township in Cape Town.

Its easy to speak your mind when you don’t know the struggles we face living in a township. We didn’t choose to live in settlements where the amount of people who are hungry is bigger than the ones trying to make a difference with the little they have. Can we stop being judgmental dear homo sapiens. I mean if you see something wrong with what I have or doing come and fix it instead of being bitter. Let’s use our heads and hearts instead of our big mouths. One day ikasi lizobusa and I believe, I hope all of you people from the townships receive.