Zanele Muholi participated in the Varzeanas cultura de futebol [i]  festival organized by the Goethe Institut ongoing in Sao Paolo from the 7th of June until the 13rd of July 2014. 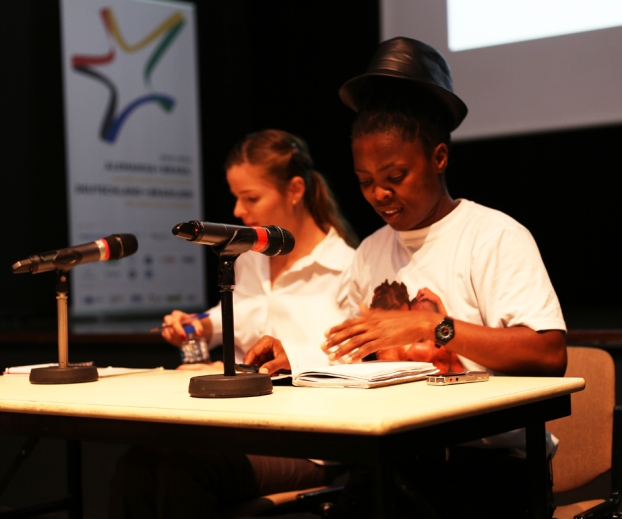 Muholi  seated next to the interpreter Tatiana Baliv responding to the audience Q&A. Session conducted in Portuguese than translated to English.
Photo by Valerie Thomas 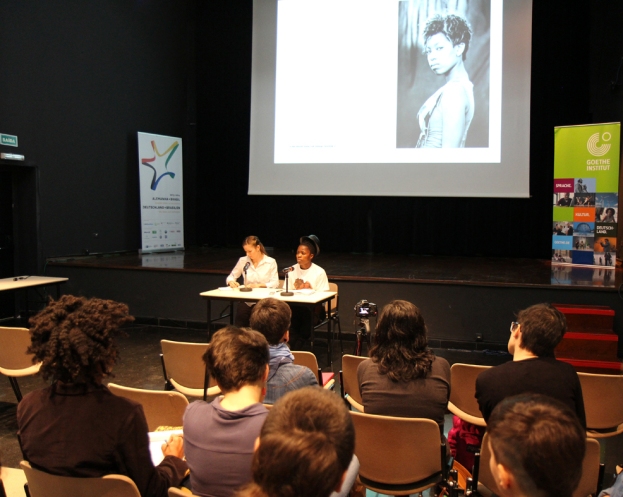 Muholi presenting some Faces and Phases at Goethe Institut, Sao Paulo, Brazil on the 13th June 2014.
Photos by Valerie Thomas

The two screening were followed by Q&A sessions. It was there then we had an opportunity to meet the Brazilian Female Black Bloggers, Blogueiras Negras, http://blogueirasnegras.org. They were very much aware of Zanele Muholi’s work[ii].

Jessica, one of the bloggers, incredibly energetic and full of hope was longing for black lesbian documentation in Brazil. Indeed, despite the opening of a gay museum in Sao Paulo, real lesbians archives are nowhere to be seen. The Museum itself seems to be struggling still to find a “main concept”.

During the conversation, many lesbian participants raised collectively their voices to denounce the invisibility of lesbianism, black lesbians and trans men in Brazil. They were contesting the unique proposition of the Brazilian women systematically half naked invading most of the public media. They were tired of the unrealistic women bodies dictated by the male society. They wanted to see alternative images. They wanted to see themselves. Hate crimes against lesbians were described as common, but never reported by the mainstream media, unless they were fully supported by horrific details, especially if happening in comfortable middle-class homes. We could feel the need for inspiration, queer histories from abroad to share, and many perspectives for future collaborative work. 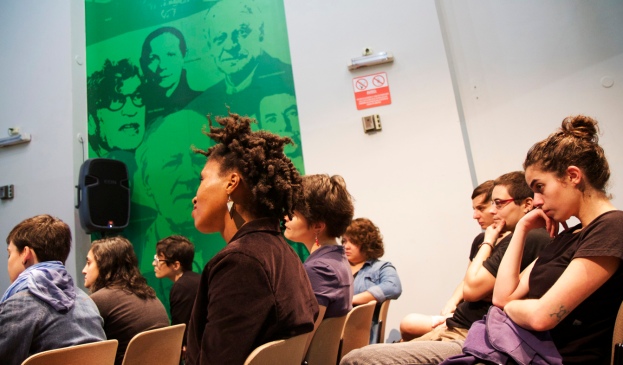 Members of the audience listening attentively…

And what happened to the World Cup opening in Sao Paulo in the meantime?
First of all, the high density of the Sao Paulo is quickly overwhelming. The grumpy quietness regarding the 2014 World Cup was a bit unexpected there. We obtained very few comments concerning the World Cup beside the “it is complicated. We have so many issues to fight for still, regarding education, hospitals where we are lying on the floor and expensive public transportation”. We missed the demonstrations, always pushed back too fast and quick by the military police with tear gas, water and rubber bullets. We have been told about preventive arrests of potential protestors. The delusional was palpable. Experiencing street art and enjoying the legendary Brazilian warm welcome in the grumbling atmosphere of a city besieged by the military police was, let’s say, something else. 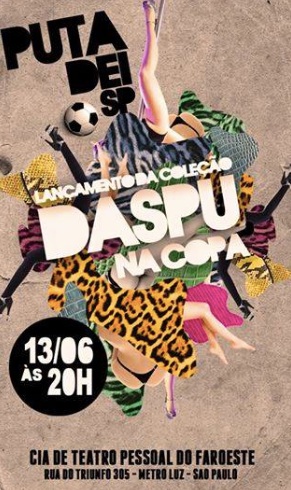 Meanwhile, on the 13rd of June, a sex workers organization named Daspu [iii] was launching a fashion show and denouncing state actions against sex workers during the preparation of the Wold Cup in Brazil. Time to struggle against narrow-minds: “selling sex is a job with a certain degree of freedom” they said, “We are not all victims”.  Nobody doubts that some women and young girls were hold against their will. But what they were talking about Pride, Freedom, Sex and Human Rights and equality before the laws.

They are currently fighting in favour of the draft law Gabriela Leite that seeks to regulate sex work in Brazil, to be voted [iv] soon. 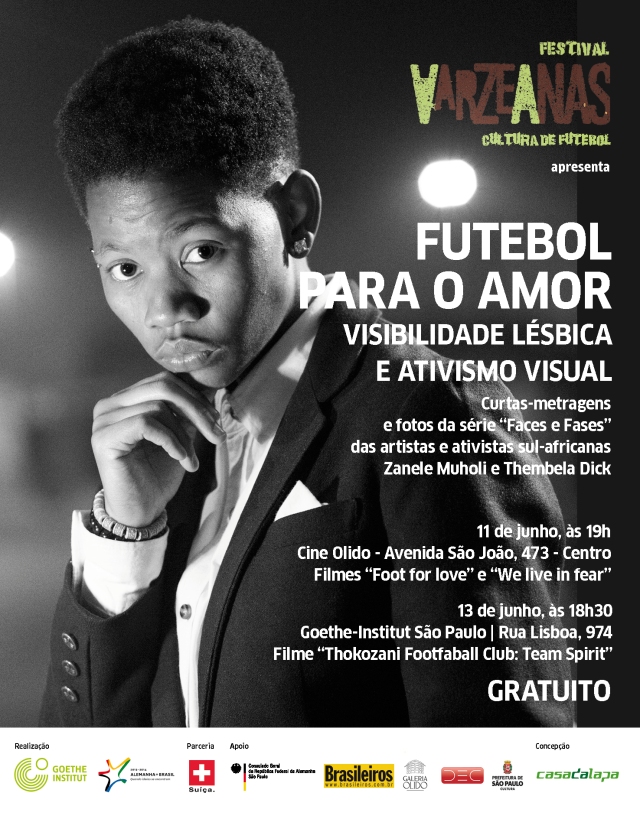