PFLAG attendees – with allies, mothers and their queer children… 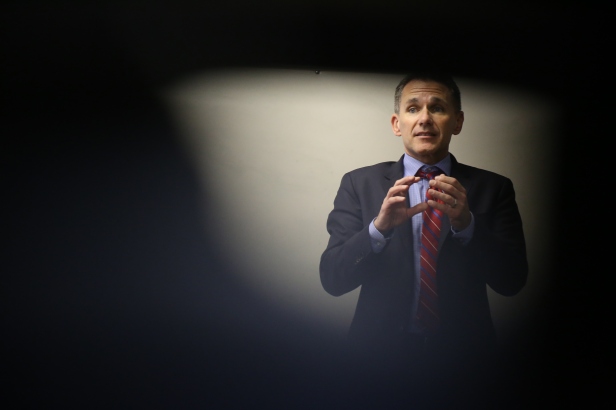 A two-day workshop aimed at developing LGBTI-ally support, and advocacy network, is hosted by the US Embassy and GALA at the University of Witwatersrand in Johannesburg.

The event started on August 11 and is facilitated by Jody Huckaby who is the executive director of the US based organisation called Parents, Families, and Friends of Lesbians and Gays (PFLAG).

Senate House at Wits accommodated parents of children identifying under the LGBTI umbrella and some attended with their children.

Other members of the public who wanted to learn more about challenges facing the LGBTI community also participated in the workshop.

Attendees traveled from various Ekurhuleni townships and other parts of Johannesburg including Soweto.

Jody explained to the group that an ally is someone wiling to take a look at the unique challenges of lgbtis. He added that allies also have the task of coming out as allies and must be willing to learn more.

One parent Linda Mankazana said having a lesbian daughter she hoped the workshop would aid her when it comes to communicate with her daughter. She said although she is free and talks freely with her daughter’s friends who are in the lgbti community they have not discussed her daughter’s own sexual orientation.
Linda said as a school teacher, she wants to acquire more information.

While Mally Simelane who lost her daughter Eudy Simelane in a 2008 murder, described by many as a hate crime because she was lesbian.
Mally is still active in the lgbti community and has a support group that educates parents from her church about lgbti issues.
“I am educating fellow mothers to eradicate homophobia in homes and avoid children being disowned by their parents,” said Mally.

Lerato Nthupi, Buyisiwe Mashinini, Thelma Masimini and Nomvula Mkhwanazi said they are part of the South African Council of Churches (SACC) and members of the support group driven by Mally.

They said although all their children identify as heterosexuals, they are supportive of Mally and LGBTI matters and came to the workshop to gain more knowledge.

One supportive mother asked to remain anonymous for fear of a backlash from her family if they found out she is attending LGBTI events with her lesbian daughter.
“The LGBTI community is demonised, and I’m afraid that if I don’t support my child she will end up feeling alone and with no sense of belonging,” added the mother.

Photographer, Zanele Muholi inquired if it was necessary for South African activists and organisations to rely on international support instead of assisting one another.

Muholi pointed to the legislative gains such as marriage and adoption rights made by the LGBTI community in South Africa and urged local stake holders to forge closer ties and collaborations.

The visual activist said holding such workshops at Universities limits the access of many people, adding that more people need to be reached across South Africa.

Chad Wesen a Political Officer for Human Rights said PFLAG’s visit to South Africa is part of a US programme.
He said it stems from a need expressed by SA activists and the intention is to identify how the US experience could benefit SA.
Chad said media and family issues were identified by SA activists as areas that South Africa still lacked when it comes to lgbti issues.