2014 Aug. 11: My experiences of Paris, Mpumalanga and Durban Gay Pride

My perseverance and the love of the game once upon a time resulted in a progressive life of meeting interesting people and travel abroad. In this note I’d like to share share my lifetime experiences, of pride marches with hopes that other LGBTI people will one day have a chance to explore such events.

I have extended my experience based on the same calibre events from globally, provincial and locally. In 2012 we went to Paris-France march known as Marche des Fiertes LGBT and recently we were in Mpumalanga on August 9, 2014 after attending the Durban Pride in June 2014.

Activists and LGBTI members came out in numbers to participate in the first Mpumalanga Pride, Nelspruit

In Paris-France we as “Thokozani Football Club” blended well with the event. We were so excited, highly active and performing our local songs and dancing. The team spirit was highly noted and appreciated, remembering the energy of soccer players and marching for our fellow activists who have lost their lives for simply being who they are and for “coming out”.

We were singing with the purpose of sending the message throughout the world begging people to stop killing LGBTI individuals. Paris is a country which is very free from violation of rights of the LGBTI than African countries. The pride march was well organised, and always starts at Tour Montparnasse and ends at Place de la Bastille,while the route is closed for the whole day, to accommodate the event.

We were marching together with lots of banners and LGBTI flags. The one written by Thokozani Football Club read as: “We are the South African Rainbow Nation marching for those who cannot and are unable to be here today, stop hate crime, corrective rape and killing LGBTI”. The setting was extremely excellent, the attendance consisted of thousands of people who were not only homosexuals.

Moreover, the awareness has been totally created in overseas countries we are also praying for the same in South African countries, where the is high stigmatization of LGBTI people.

The Lowveld, Emalahleni and Glom LGBTI, launched their first Mpumalanga March Pride. It coincided with the very acknowledged, National Women’s Day, on August 9. The day commemorates the march held in 1956, at the Union Buildings in Pretoria. The event challenged the legislation which was stipulated during apartheid era that Black South Africans should carry their pass books in all their movements.

We were fortunate to attend Mpumalanga Pride which was reasonably attended by the LGBTI community from different provinces and local townships around SA. The nature of the setting was similar to other events.

It started from SABC offices to the Nelspruit Plaza and ended up at Mpumalanga show grounds. However the was interrupts when it went to the Plaza and not in a place where it was going to be ended at.

After a few hours standing at the plaza, residents were surprised not knowing what was happening exactly. I quote a woman who was walking in the plaza asking another woman “what is happening now with the gays” the other woman answered “I don’t know”. People realised that there was some kind of an event for LGBTI but the elderly couldn’t understand the type of event that was taking place in Nelspruit Plaza. Furthermore there were no big banners that were displayed by LGBTIs in order to pass the message clearly to the community.

There were stickers pasted on their bodies. The directions were given by the director of the march pity the crowed couldn’t hear her, as she was using her voice to cascade the information. She had to move up and down to make sure that everybody was moving to the same direction. The Mbombela traffic police were available to control the members of the march.

After standing for hours, we were transported by buses to the show grounds where the event was sceduld to end, after treating the crowed with speeches’ from different representatives and organisations, music, performers and the after party. 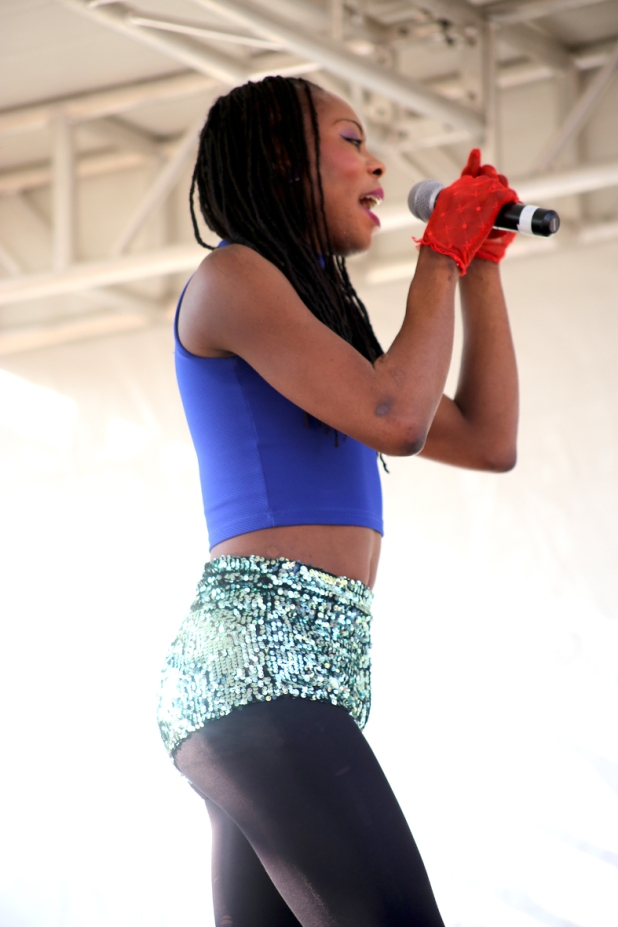 I’ve been to three prides, in Mpumalanga I witnessed a very drunk Lesbian who couldn’t do anything because she was too drunk. She was lying down and no one was helping her there was no first aid provided for her, until I decided to help her together with my colleagues and left her with friends that could look after her. I wish the Pride March could invite all the departments especially the Department of Health (DoH) who can take care of the emergencies around the event. The security should be available on the field to resolve any conflict happening in the events.

The nature of the pride uses the same culture usually from international, provincial and local, while the settings depend on the organiser of the event. Durban March was one of a kind. The march was from one point straight to the end point where the whole event was going to be wrapped up. The attendance was also reasonable but I still believe it can be more than that referring to the growing population around Durban.

There are many townships under KwaZulu Natal for an example Umlazi, is the second biggest township in South Africa following Soweto in Johannesburg. And the LGBTI population is really growing fast day by day. Pity we haven’t been able to exercise the Umlazi Pride.

However the purpose of Pride is to increase visibility and public awareness of LGBTI issues, encouraging the individual cultural norms for an example female and male behaviour need to be emphasized. LGBTI need to be well educated about gender and sexual orientation. I personally believe being any kind of LGBTI doesn’t change the fact of the birth gender unless the person has gone through the process of gender change surgery. A female will remain as a female, she is at risk of being a victim of rape, and its even more if she is a lesbian due to hate crime. Alcohol abuse is putting LGBTI lives at risk. Moreover health education concerning safer sex practices is more important and the routine check-ups needs to be emphasized more and more. We need to close all the gaps together as LGBTI for the better.

I thank you for the experience we gained, the knowledge we have explored, the acceptance we have received from all the representatives. Nothing can ever replace the time we have spent together with Mpumalanga LGBTI members. Hope we meet again.

4 Responses to 2014 Aug. 11: My experiences of Paris, Mpumalanga and Durban Gay Pride