“Whose Streets, Our Streets!” was chanted by members of the LGBT community as they marched around the streets of Boipatong township in the Vaal on September 6.

The marchers were ordered to stay clear of the pavement, as a display of reclaiming the streets.

The event marked the second year of the annual Vaal pride, which is where the LGBTI and apartheid struggle icon Simon Nkoli grew up.

Motshewa Mako, founder of Vaal LGBT organisation which was responsible for the event, said although they don’t have a problem with hate crimes, they are in solidarity with the entire South African LGBT community in raising awareness.

She said leaders such as Simon laid a firm foundation in the fight against homophobia.

Although it is not clear why the metro police from the Emfuleni Municipality did not show up to direct the marchers, marshals successfully led the crowed, handing out pamphlets to curious residents who came out of their homes to see what was happening.

The marchers stopped at the intersection of Babedi and Lekoa Street, where the newly built Boipatong Massacre Monument is located.

A candle light, moment of silence and prayer in memory of hate crime victims such a Gift Makau who was buried two weeks prior was observed.

With that complete, the march proceeded back to the starting point at the Boipatong Stadium, for speeches, performances and an afternoon filled with celebration and laughter.

Shaka Radebe, Member of the Mayoral Committee in the Department of Sports Recreation Arts and Culture told the crowed they should not march alone as LGBT people, but rather make it a community march.

He said government doesn’t view the LGBT community as being different from other citizens, and urged the hosting organisation to decide whether they want to include the I in LGBT or not.

After giving a historical background about Simon Nkoli being the founder of Glow and his participation in the South African liberation movement.

Radebe added that it was discussed during their meeting on September 3, that Simon would be made the gay icon in Africa.

With the sun setting it was time to disperse, and some people made their way to another venue where the after party was held.

However on September 8, a statement was released by the Vaal LGBT organisation stating.

“Today we are torn and heart-broken, to inform you of the passing of Busisiwe Ngobese. She was involved in a car accident driving from the stadium to the after-party. It is alleged that she had three passengers with her, two of them are admitted at Sebokeng Hospital…
Awile amaqabane.
MAY HER SOUL REST IN PEACE.” 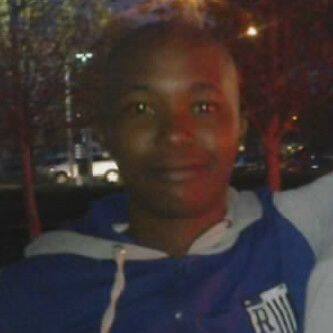 1 Response to 2014 Sept. 9: Song, dance and laughter followed by tears