Being at Market Photo Workshop was the best thing that ever happened to me, not only did I learnt about photography, I also found myself a new family – my classmates, my first real contacts in the media world’.
Those are some of the thoughts I have when I think about the Foundation Course (FC) in Photography that I completed at the Market Photo Workshop (MPW) in August 2014.

The 8 week course enhance ones technical ability; it also exposed students to different possibilities. It sure has shown me the power of the camera, that anything is possible when I have the camera in my hand. Although it is fun, there is definitely no time for playing.

The first week of the course was not so intense; we were introduced to the camera and the history of photography. We are also given a brief for our first assignment – visual elements. Reflecting on my approach upon that assignment, I couldn’t help but laughed at myself. I took the direct approach; I photographed things as they were the obvious that is. The purpose of the assignment was to see the different elements an image might have, those being; lines, shapes, texture and patterns.

Part of my challenges was producing a photo essay – a series or set of images that explore a certain concept or tell a story – based on what my home means to me. So the assignment was called ‘Home’. You should bear in mind that I had no experience of storytelling, let alone through images. My mind was still filled with the idea of storytelling through video. I titled my home series ‘Moving into a new space’.
The title speaks for itself, really; in that photo essay I photographed the newness of the space and how awkward it felt. This was portrayed by the emptiness of the space and how it was not personalized.

My fifth assignment was called ‘South African Photographer’ where I had to somewhat replicate a photo essay of a famous photographer. It also entailed writing essays about how my photo essay relates to the photographer’s. This assignment was fun; it was where my photographic skills came to play. I chose Thabiso Sekgala’s ‘Homeland’. Homeland is a series about rural areas, specifically the North West Province and Mpumalanga. Sekgala looks at how people and places construct themselves in a time of political change.

My photo essay was about Alexandra, a township situated in the north of Johannesburg. I looked at what happens to the township when people move to the city in pursuit of better jobs. Amongst all my assignments, this was the one I enjoyed the most and I did good on it.

And then came our final crit – it was the time when we applied the knowledge we’ve accumulated from the past 8 weeks. I was pleased with how the family and I had handled the situation. Let me explain; the crit was on Thursday and Friday 28 – 29 August 2014 and out of 12 students, each one of us had to print 24 images using only one printer. After which we had to mount every single image, and then put them up on the wall for what we called a ‘Mini Exhibition’. All of the preparations started on Tuesday the 26th August.

I am proud to report that all of us went into our finals ready and well prepared. My class had no drop-outs, everyone qualified for the final crit, we all passed and there were no resubmissions. So I can’t wait for Intermediate Course in Photography starting on the 14th of January 2015. 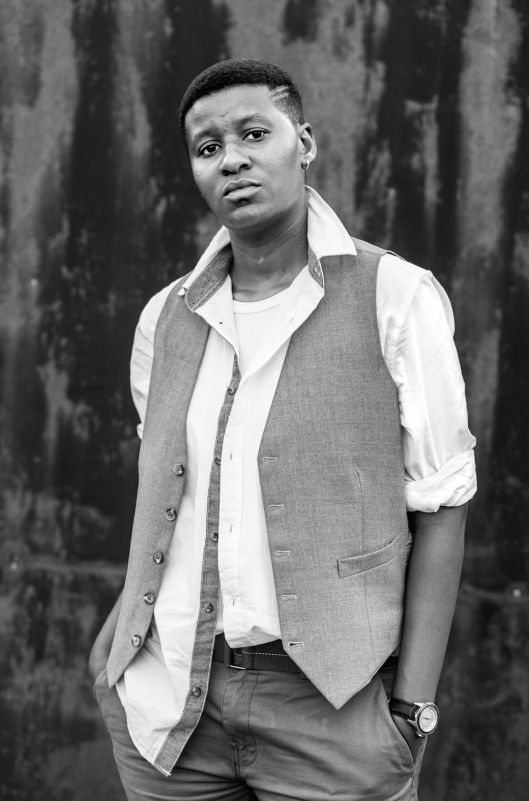 Smanga was born as Simangele Shange in 1992. She is the second born into a family of 6. She lives in Alexandra township with her mom (who is a single parent) and her 4 siblings. Shange was raised and educated in Alexandra, a township north of Johannesburg considered as one of the poorest townships in South Africa. She completed her matric in 2009 at Alexandra High School. She then went on to do a short course in Information Technology level 01 in 2010. Shange loves Mathematics and Biology and has won awards for those subjects.

Shange started working as a general worker at a telecommunications company called Contract Kitting – now trading as an engineering company, CK Solutions – at Kyalami in December 2010, she was promoted to storeman in November 2012. She worked as a storeman until she decided to quit and pursue her interests in Information technology and photography in 2013.

Shange was part of an organization founded by Zanele Muholi called ‘Inkanyiso’. Inkanyiso is an online space that documents issues that relate to queer activities in South Africa. 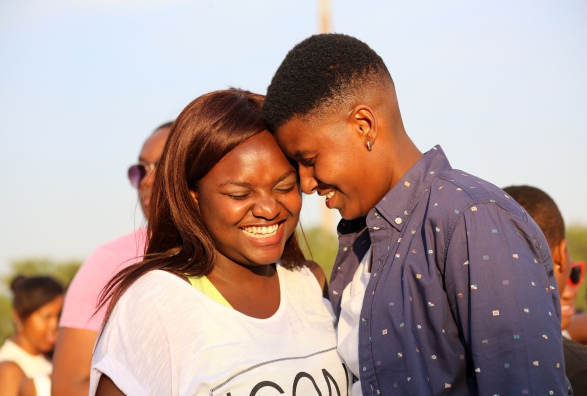 Shange was introduced to photography by Maureen Majola when they attended Zanele Muholi’s exhibition – Of Love and Loss at the Stevenson Gallery in 2014 February 14th. Shange has completed a foundation course in photography at the Market Photo Workshop and is interested in documentary photography. She is passionate about storytelling especially telling stories about her place of birth, Alexandra.