Speaking to the Italian magazine Panorama, alongside his business partner, Stefano Gabbana, Domenico Dolce said children should be born to a mother and a father.

“The only family is a traditional one. I’m not convinced by those I call chemical children, synthetic babies… They are wombs for hire, semen chosen from a catalogue… psychiatrists are not ready to confront the effects of this experimentation.” 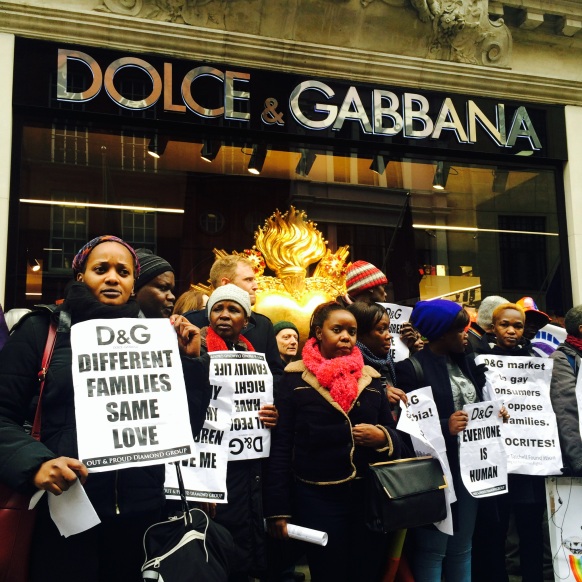 A lot of activists at the forefront of this protest are from Uganda. 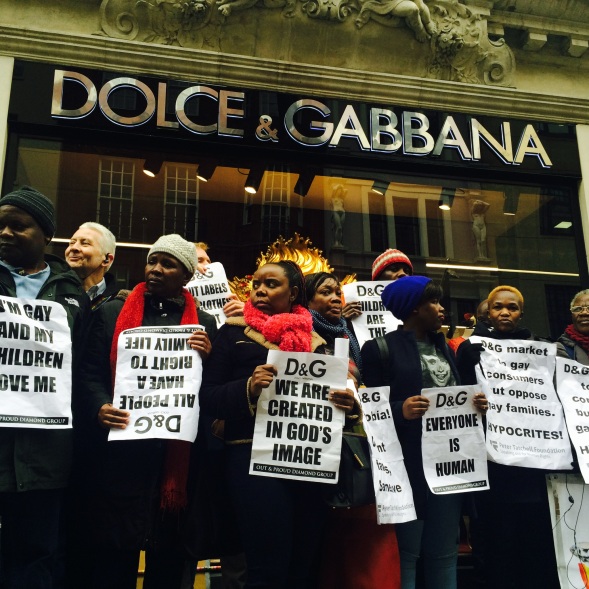 Stefano Gabbana said: “The family is not a fad. . . I am opposed to the idea of a child growing up with two gay parents.”

It is hypocritical for Stefano Gabbana to oppose gay parents, given that in 2006 he expressed desire to have a child via artificial insemination and surrogacy. He’s guilty of double standards. Gabbana wanted for himself what he now condemns other gay men for wanting.

Dolce and Gabbana are echoing ill-informed, outdated and homophobic prejudices about gay parents. Research spanning 40 years shows that children brought up by gay mums and dads are just as happy and well-adjusted as those from traditional heterosexual families. The key to a child’s welfare is the love of their parents, not the parent’s sexual orientation.

Out and Proud Diamond Group