People call me Javas. I was born in Soweto but now live in Thokoza.

My father was a really traditional man, not very educated, so issues of queerdom were strange to him. He died knowing I was a lesbian though, because the family felt he had to know not to expect cows or anything. It was not news he was happy to get but at least he knew the truth.

Coming out wasn’t easy. I had a girlfriend and this guy was making advances at her in front of me, knowing she was my girlfriend. I wanted to punch him and thought the better of it. I realised that it would not be the best way to come out to my family and so I approached a friend of the family and asked her to talk to them because she also had a child who was a lesbian. She agreed and took me home and told my aunt. And that’s how I came out. My aunt said she’d always suspected I was a lesbian because I played soccer. They had this idea that you become a lesbian by playing with boys or playing male sports so in the beginning they were negative. But I’m lucky because my siblings were educated and had been to university so they didn’t reject me. I was one of the lucky ones. 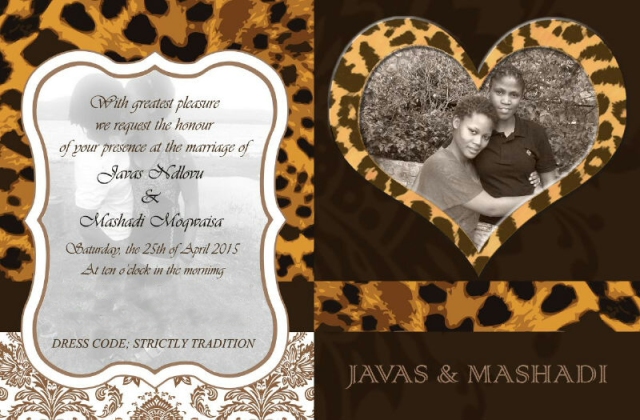 I am engaged and my fiancé and I met on the phone: she worked in a call centre. First her colleague called me, selling a life policy for my children. I told her I had none. She asked if that meant I didn’t want any, and I told her that maybe one day my partner and I would adopt. This woman persisted asking why I wouldn’t have children of my own, so I told her I was a butch lesbian. She then told me that she worked with a lesbian and passed the phone over to my now fiancé. She gave me her number and we started talking on the phone regularly and decided to pursue a relationship.

I am based in the North West at present where I work as a human resources administrator for a mining company now known as Marikana. Working in a mine with miners who have a marginal education, and to be loved and accepted the way I have found love and acceptance, is amazing. They know I am a lesbian, they love me as a person, and they nicknamed me ‘Skhokho’ (The Genuine Article). I think this comes from respecting all people. These men risk their lives underground drilling platinum that makes it possible for me to get my salary, to enjoy my benefits. So when they come up to ground and they have issues I must make time for them, I have to listen to their issues and not be prejudiced because of their limited education. I believe I earn respect because of the way I treat people.

This makes me think of hate crimes and how government isn’t doing anything. It seems to me that the attitude is, ‘as long as it hasn’t happened to my family’ or ‘as long as it hasn’t happened to my child’, then it’s ok. If we want people to love us, we have to show that love first. We can’t live as if we are separated from other people, we need to integrate with our communities, make their concerns ours as well, so that when we need to fight something we all fight it together.

2014 March 14: A video of Ayanda and Nhlanhla Moremi’s wedding