On Tuesday morning I woke up knowing that I will go to see the Lion King show at Times Square (TS). First I had to go with Bab’ Muholi to Brooklyn Museum for the installation shoot and an interview with Pastor Zungu and Pastor Brown at 11am.

We went to Brooklyn Museum at the 4th floor where Muholi’s exhibition titled Isibonelo/Evidence is currently on show. There wasn’t much work for me to do because I had already covered most of the installation; I was just waiting for the interview to start so that I can work. Then bab’ Muholi saw that there was a mistake on one of the wall writings, it was written that, Isibonelo/Evidence means “taking stock”.

I walked around reading some of the writing on the walls, while Pastor Zungu waited for Pastor Brown to come for the interview. When everyone had arrived, the interview started and it went well. It was a little bit challenging for me because I had to take angles of the interview with a camera lens that I’m not used to working with it.

We returned home just to relax a little before getting ready for the Lion King show. There was a problem with the toilet that morning. Magesh tried to fix it, when that didn’t work Muholi called the owner of the house to help fix the problem. We had to wait for the person who was going to fix the toilet, due to time we left because we where going to be late.

We took a train to Time Square, it was so beautiful, like I’m seeing it on TV, but it was a reality. I saw big buildings with big screens advertising everything that is available, including the Lion King show. There were many tourists coming from different countries and from South Africa. We were not the only South Africans there.

Inside the theatre one wall has a big face of a Lion made with wood. They were selling Lion King t-shirts, mugs, tracksuit tops, and small blankets to name a few. Inside they didn’t allow anyone to take photos and videos, at first I was like (why?) but then I saw that they have to do that and understood. The show was like some thing I’ve never seen before. I only watched the Lion King, as cartoons when I was growing up, what I saw there was beautiful. The way they dressed as lions, flowers, and wow the stage it was something amazing. The person who came up with that idea is so brilliant and creative. I loved it so much, and its something I could tell everyone who hasn’t watched it, to go and watch it. Apart from Muholi, it was our first time watching the show. We took photos and a video before the show started.

I wished that it wouldn’t end the way I was enjoying it, but it ended and we had to go. Then Muholi surprised us by buying Lion King mugs for us, I was even more excited because now I have something to show from the show, it is so amazing. We took a lot of photos and we didn’t stop working as well because we were taking cutaways for a short documentary about New York and us. Another amazing thing was going backstage to meet Gugwana Dlamini (Rafika) in Lion King, and we took photos with her. 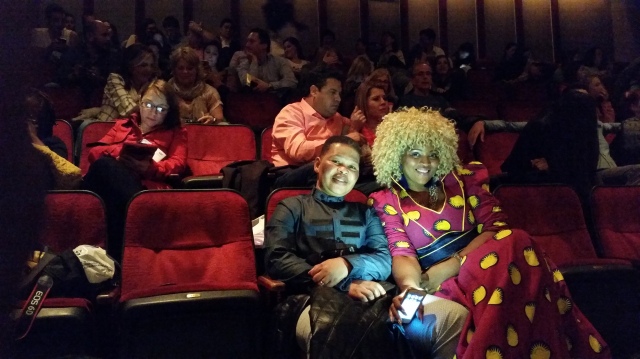 At Minskoff Theatre (pre Lion King) screening on the day of our outing with the Zungus… New York. 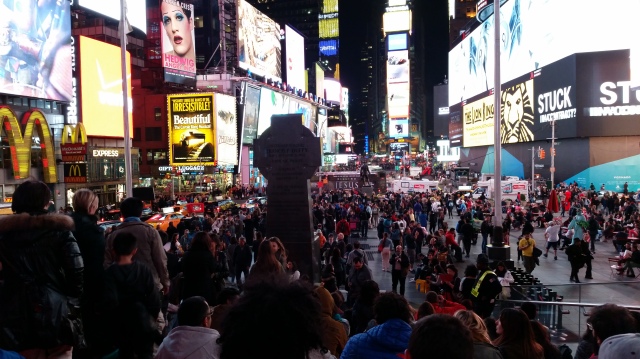 After 11pm at Time Square it was like, day light people was all over the place and a lot of people. I continued took shoot and saw people wearing cartoon costumes. We walked around and ended up seeing KFC on our way I was happy cause I finally saw a KFC in America. Ma Magesh bought a bucket of KFC and we took it home with us.

We took a train back home and when we arrived the toilet was fixed as well as the door lock. So the day ended well and I was happy and everyone was happy, I took a bath because I’m on my period far, far, away from home (that sucks) and I had a chance to chat with my girlfriend before I went to bed.