After spending a year identifying, researching, reaching out, approaching, and convincing senior leaders, Linda Mayekiso succeeded in his plan to see Shell South Africa launch an LGBT network. This event was held on Tuesday, July 21 2015 at Shell’s head-office in Bryanston, Johannesburg. It made Shell the first South African company in the oil and energy industry to have such a network available for its employees. 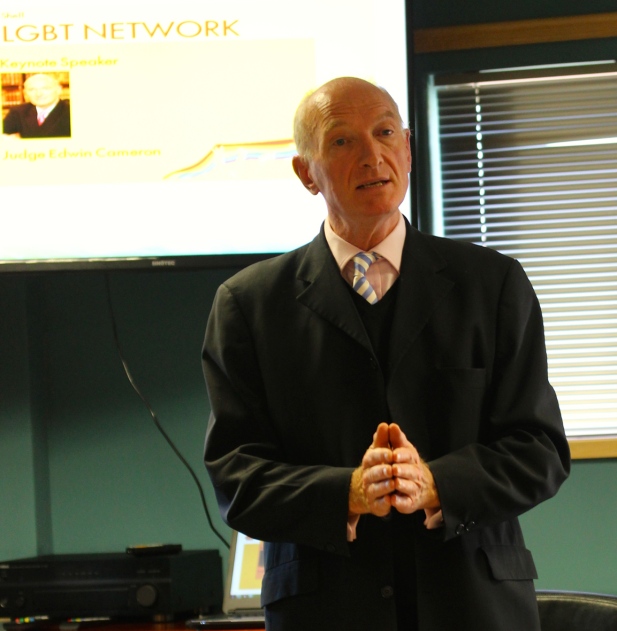 Judge Edwin Cameron speaking during his keynote address at the Shell LGBT network.

A special tribute was paid to Linda by the guest speaker, Judge Edwin Cameron, who applauded him for, “his courage as an employee at Shell.” Linda has been with the company for the past 8 years and currently works as a Payment and Loyalty Manager. His drive for establishing this network stems from his own experience of being discriminated as a member of the LGBT community. His vision is to create a platform to help a graduate coming into Shell to feel comfortable to share their sexual orientation, to make a contribution to a driver of a depot or a staff member in a Shell retail shop.

“The point of having this network is to educate, unite, inform and create an organization that is accepting of LGBT members,” said Linda, adding that as members of the LGBT community, “we need to start taking such initiatives into our own hands, instead of waiting for someone to do it for us.” 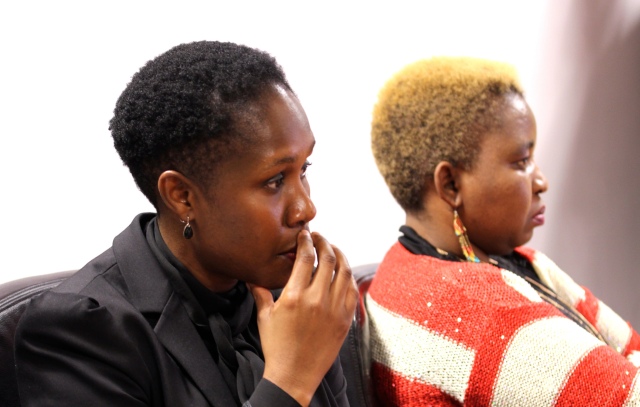 Judge Cameron was invited to address the audience on gender orientation and diversity in the workplace. Part of the Judge’s talk gave a brief historical background about the LGBT community, explaining that once the religions and moralists had condemned homosexuality, it became a crime as well.

“The more progressive view was that it is not a crime but a sickness.” Judge Cameron said this belief has persisted until recently, with same-sex oriented people facing gross human rights violations in the name of psychiatric treatment, by being subjected to aversion therapy, shock therapy etc. According to him, visibility is the most important reason why people have changed their mind. 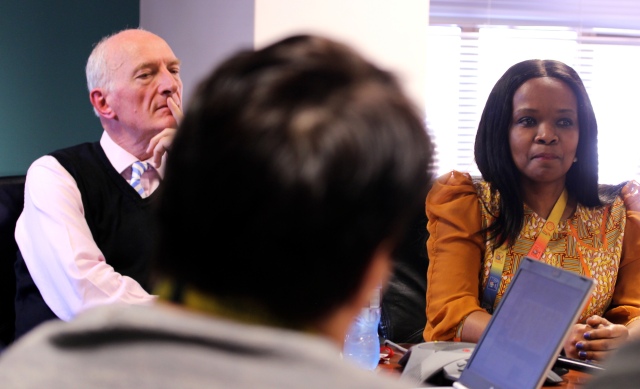 “Every single one of you has an LGBT relative,” Cameron announced to the office full of people, and those in the Cape Town and Durban branches who had joined the launch online. He said he based it on statistics that 1 in 10 people in the world are homosexual. “So if you have a family with more than 10 members, one of them is LGBT,” said Cameron, before adding that, “we just don’t know them because people don’t self identify as gay or lesbian.”

He shared that he only self-identified as gay at the age of 30, which was 32 years ago, when he worked as a human rights lawyer. Cameron told the group that coming out was a decision taken from deeply personal reasons, including struggling with his gay identity from age 14, and fighting against it for 16 years.

For Cameron, fighting against apartheid and gay and lesbian equality was because he believed, “the issue of visibility is important.”  He acknowledged that Shell doing this event marks a significant moment because “Shell is recognizing that between 5 and 10% of their employees whether distributors or head office staff are same sex oriented. Whether they identify as gay or lesbian is a different matter, it is a political choice.

The Health and Wellness department pledged their support to the network.
Dr Lerato Mtoba opened her five-minute talk by telling her personal experience while working with a young group of people at a Cape Town Technikon.
The doctor said she still thinks about a young man who was confused about his sexuality. Bowing to pressures of her societal and religious beliefs, she journeyed with the young man down a path that said, “you know what a macho man you need to be, you know the community will reject you.”
Dr Lerato said the aim of telling her story is to draw attention to the many stories in the “room, country and world were one was party to discouraging someone.” Fast-forward to now, the doc admits she now has her own 1 in 10 in her family that she deeply loves and walks a different journey with them.

She ended by reading a readiness note, which promises to provide a good service to the employees coming through the Shell LGBT network.
“As a clinical call centre we commit to be supportive to Shell employees.
For any referral process we will make sure the therapist fits the preference of the employee. If an employee states that they want to talk to an LGBT therapist, we will look for an appropriate therapist to support the employee.” 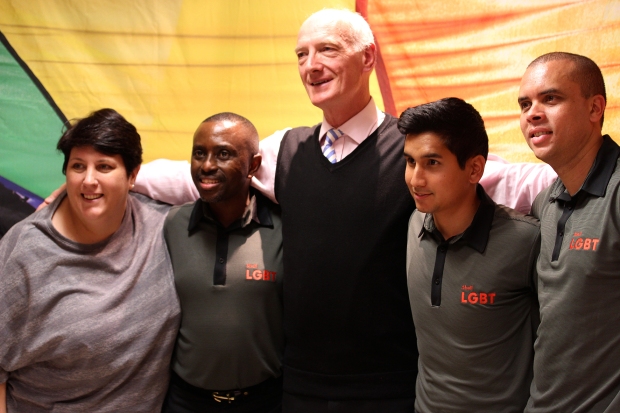 Prithini Naidoo, who is Shell’s HR Country Manager, said the LGBT platform has opened a way for many individuals who have not been able come out; to do so, realising they are not alone. Prithini mentioned that she is not only referring to individuals who have a different sexual orientation, but also to parents who have children with a different sexual orientation, as they now have a space to speak up. “The South African employment equity and labour law act are clear that discrimination based on sexual orientation is prohibited.” She urged the network to lean on the HR team for support.