The South African Photographer Lindeka Qampi has been nominated for the ‘Creative Photography award’ section of the 2015 Mbokodo awards. She is known for her street photography and visual activism.
The awards celebrate South African women ‘who have not only articulated the aspirations of the South African people but have also fortified their democracy by empowering communities and individuals through their art’.

‘2015 is the year of breaking my silence, I have even delved into poetry and broken most of my boundaries, I compare it to my experience in the year in 1985 when I first moved to Cape Town – a drastic change took place. I feel like a young kid who is about to have a party for the first time after watching other kids have parties and wondering what it would feel like’
– Lindeka Qampi

Qampi started her journey with photography in her local Cape Town township of Khayelitsha. She was equipped with the skills to take over the world with a lens, through her involvement in a community initiative titled ‘Iliso Labantu’ – loosely translated as ‘the eye of the people’. Lindeka started out by capturing images of her community as these were the subjects closest to her. The dire state of her community led her to documenting the situation of daily life in the townships. Qampi volunteered on Czerina Patel’s ‘Yenza project’ at Mfuleni High school in Cape Town. The ‘Yenza project’ prepares young teenagers with skills for self-organization.

Amongst other projects that Qampi has been involved in, is the Embrace Dignity initiative titled ‘Photovoice’. ‘Photovoice is a participatory action research method using photography techniques and story-telling. It is typically used with individuals and communities that are marginalised from decision-making and access to resources in a given context with a view of promoting empowerment and social action’.

‘When I  received the email that day, I was unable to express my joy, I was restless like a baby and I could not believe it was me. It was a strange feeling as if someone was pranking me. I even asked my housemates to double check if it was real. I never believed it until I received a call reminding me to not forget that I have been nominated for the Mbokodo awards. It is the  greatest surprise I could ever asked for. I did not know what to even wear, I am a casual woman and cannot dress formally. I will mostly take pictures though, I cannot just sit as part of the audience’
– Lindeka Qampi

Lindeka is renowned for her photography as a Photo XP co-facilitator since 2012. She trained members of Freegender group from Khayelitsha Cape Town. The aim of thePhoto XP is to empower women by giving them Photography skills. The latest group to benefit from the visual project are young women from Aurora Girls High School in Zola, Soweto. Lindeka has also volunteered as part of a community outreach project photographing young artists who cannot afford to pay professional photographers for their branding. 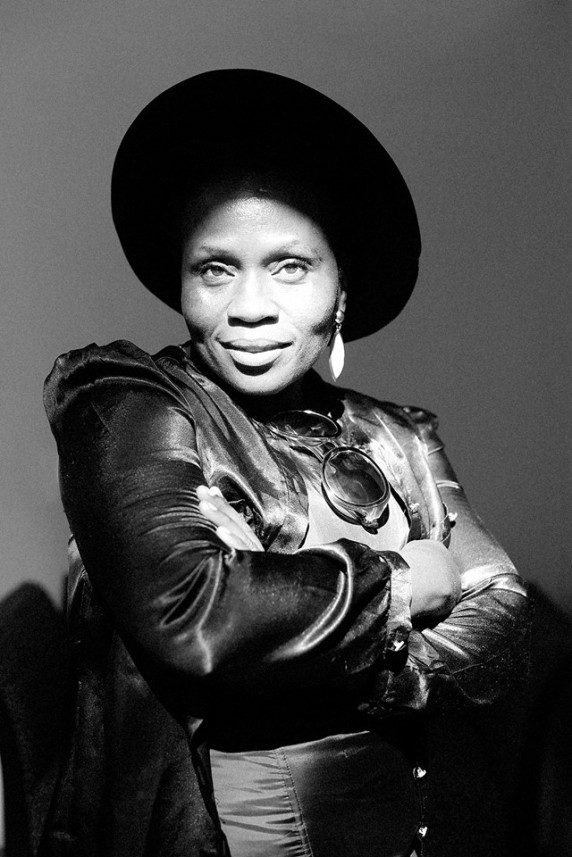 Lindeka is now an active member of Inkanyiso Media, leaving behind her four children in Cape Town to work in Johannesburg where the collective is based. The collective is comprised of members of the LGBTIQ community working together against fighting homophobia and documenting black queer lives. Qampi works as an ally to the LGBITQ community.

Qampi is excited to be nominated for the ‘Creative Photography award’ alongside Jodi Bieber and Monique Pelser.
Today she had her hair done and prepared flashy maroon long dress waiting to grab her award with everything that she has put into her astounding career.  This is a well deserved nomination, because 2016 marks her ten year anniversary as a photographer.

In tears Lindeka tells us that:

‘I am emotional because I wonder how it would feel to have my mother around to see this moment of glory. My mother as the person that removed me from my addiction to gambling. Photography was her gift to me as she uttered the words ‘andifuni ukukshiya emhlabeni ungenanto’
(I do not want to leave you in the world with nothing).
– Lindeka Qampi