Photos and text by Lerato Dumse

Seoketsi Mooketsi, a Trans Activist and Feminist is one of the many members of the community who attended the lecture…

The Lecture organised by the Simon Nkoli Collective, was hosted at Constitution Hill’s Women Gaol and is accompanied by an exhibition of Nkoli’s archive. The multimedia exhibition curated by Zama Phakathi includes images, text, video, certificates and awards conferred to Nkoli by various organisations for his political activism and advocacy. 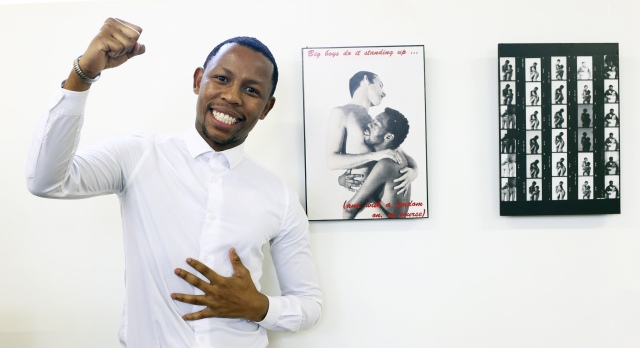 Black Queer Joy, Civil Union Act, Imagining, Accessible Healthcare, the importance of communing as the queer community are some of the points that kept the speakers and guests engaged.  It was pointed out during the lecture that the room had many academic students and professionals allowing for privileges of accessing such spaces. It was agreed that geographical, language and economic limitations don’t translate to not having a sounding contribution to make within the development of LGBTIQ+ community.

Adopting a humorous reflective story telling approach, Dr Rakumakoe spoke of coming to Johannesburg for the first time as an 18-year-old to study medicine at Wits University. The following year South Africa held its first democratic elections, I started my first year in Primary School and the doctor met her first girlfriend leading to a journey of visibility that would help introduce her to other LGBT members. Joining an LGBTI church located in Hillbrow just above the popular nightclub where they spent Saturday evenings, allowed her to make more connections and become a member of Nkateko Organisation, “a black lesbian society”.

Bev Ditsie, friend and Nkoli’s fellow comrade features in many of the archived material documenting those members who were instrumental and visible as LGBTI members in Apartheid South Africa. Bev thanked the Simon Nkoli Collective for keeping his name alive and keeping with Simon’s spirit, adding “erasure is big in this country.”  Offering a glimpse into the man Bev noted that Simon’s activism was in his personality, “his personal was political and never missed an opportunity to educate even when text was written limiting him as merely being a social butterfly.” 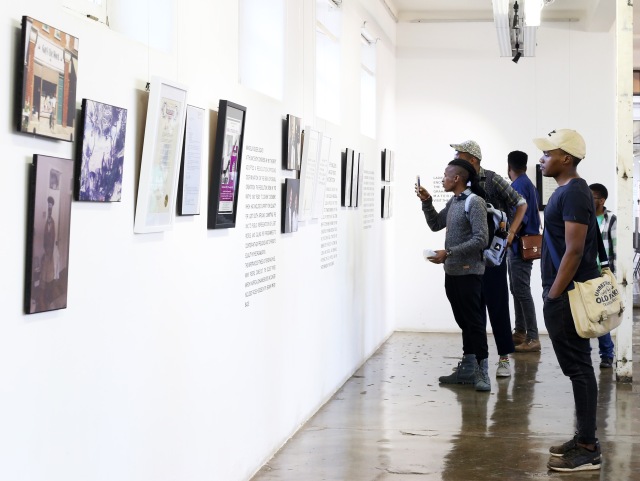 With the first part of the day wrapped up, the crowd was then invited into the exhibition space to remember a man who appears to have not been camera shy, hence preserving his image for posterity. With the rain falling in moderate intervals the youths who had attended the event carried on the conversation over snacks and drinks. Simon Nkoli would have been pleased with the future he helped to create.