Pride in most countries around the world is a celebration of strides and victories by the LGBTQ+ movement, dating back from the riots that sparked a revolution in the gay rights movement at Stonewall in the early hours of June 28, 1969. Every year around the globe where homosexuality is legal and same-sex marriage is legally recognized, they take to the streets to celebrate what has been achieved at annual pride parades celebrations.

In other countries, most of these parades still hold a significant political stance, whilst in first world countries, the parades have taken a new form with glamorous, larger than life costumes, glittering floats and the mother of all parades and parties. Although many have weighed in on the commercialization of Pride celebrations in first world countries, in more than 70 countries around the world homosexuality is still punishable by law through anti-LGBTQI+ legislation, imprisonment and in some countries, homosexual acts can result in the death penalty. Pride marches worldwide are still relevant even 50 years after stonewall as many LGBTQI+ people are still fighting for their right to exist, marriage equality and LGBTQI+ inclusive legislation. 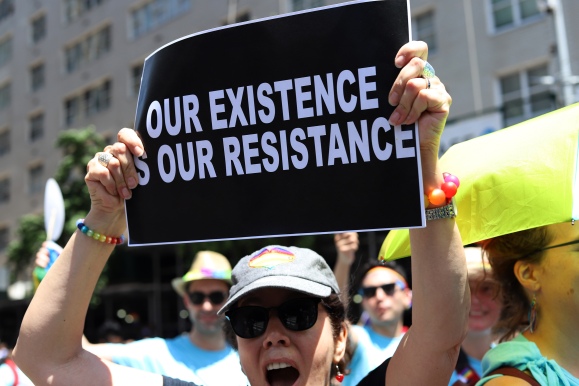 This year’s historic world pride held in New York City saw hundreds of thousands marching and an estimated over 5 million attendees standing on the side-lines cheering for those who took a decision to march from 26thSt and 5thAve, past Madison Square Park, Union Square Park, Washington Square Park, Stonewall National Monument, NYC AIDS Memorial Park and all the way to the 23rdSt & 7thAve in Manhattan. Attendees from all over the world flooded the city and shut down central Manhattan and New York City transportation systems. 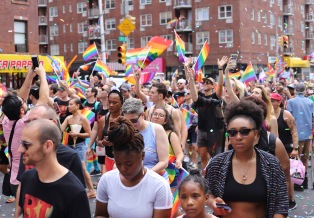 This year’s World Pride in New York City was historically the largest LGBTQ+ celebration in the world. The march came at a time when LGBTQ rights are under threat in the US, but the atmosphere and messaging of the parade was celebratory and optimistic. One of the memorable messaging of the World Pride were giant banners that commemorated legends of the LGBTQ movement. The parade was a sea of rainbow flags, rainbow outfits designs, gold, glitter, skin and all sorts of colours and over the top costumes. The NYPD uniformed Gay officers and the New York City Police Department marched down the parade route, with some holding hands and their rainbow flags. Others echoed their concerns over-commercialization of pride and corporate sponsors through large placards. On Sunday morning a Queer Liberation march and rally took place outside the Stonewall monument where more than 2000 people gathered where no corporate floats were present. The alternative march spoke on the original tone of the first pride march, which was not just a parade but a march and demonstration without the interference of corporate companies and their money. The message was clear that amongst the moments of celebration and commemoration there was also awareness of the current struggles faced by the LGBTQ+ community in the US and the world. There are still high rates of discrimination, poverty,  tension with law enforcement, distrust of law enforcement and harassment or assault in the US. Amidst the celebrations it was important to acknowledge that the fight for equality is far from over and we must never forget to honour those that made Pride possible, putting themselves on the firing line for the victories that are enjoyed currently.

Proud moms and dads offered hugs to LGBTQ+ people all-around showing support to those who have been discarded by their families and those who needed the warm hugs from these moms who stand for moms around the world.

The hundreds and thousands of marchers, grand marshals and millions of attendees, groups from around the world made this Pride an extraordinary celebration and the largest LGBTQ+ celebration in the world, which was held for the first time in the United States, coinciding with the 50thanniversary of the Stonewall riots. The strides taken in the gay rights movement 50 years later, ought to be celebrated but lest we forget the outstanding fight for equality and safety of LGBTQ+ people around the world and specifically in many African countries. 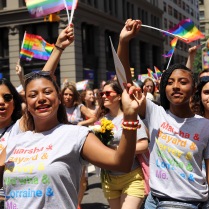 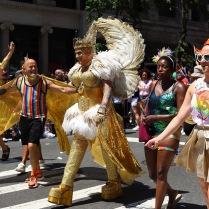 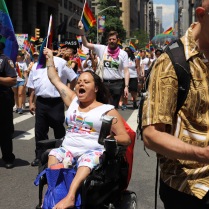