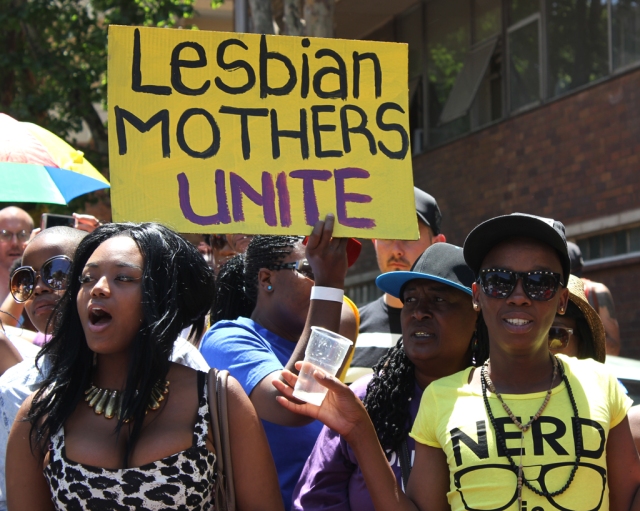 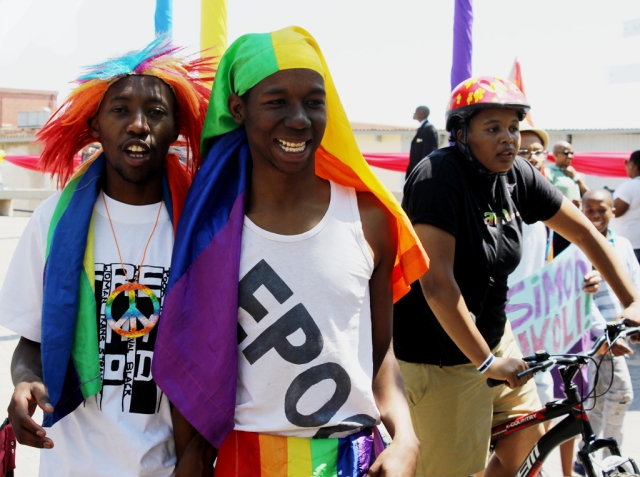 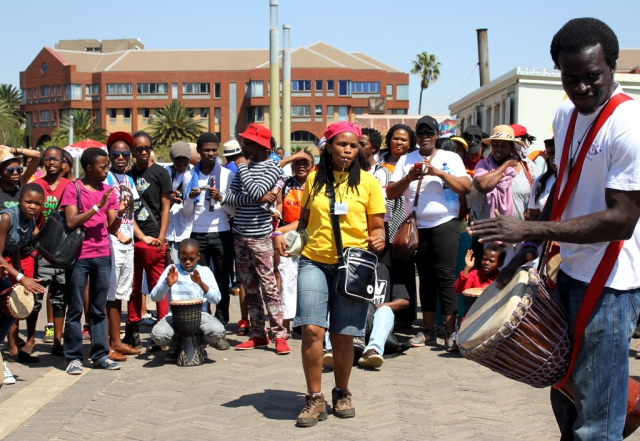 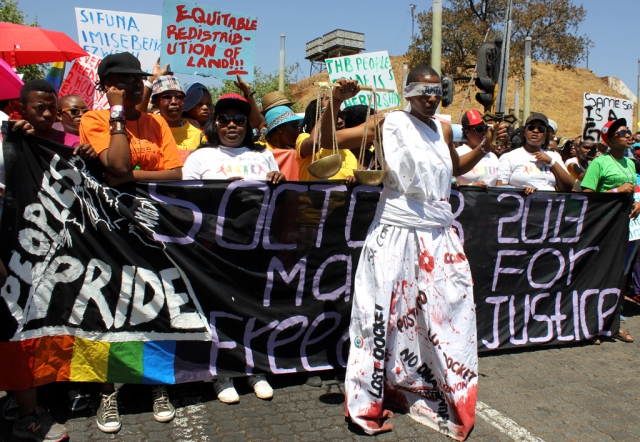 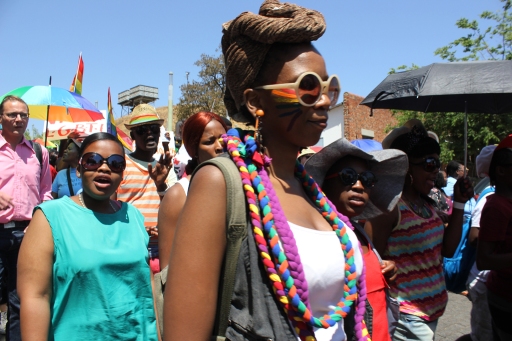 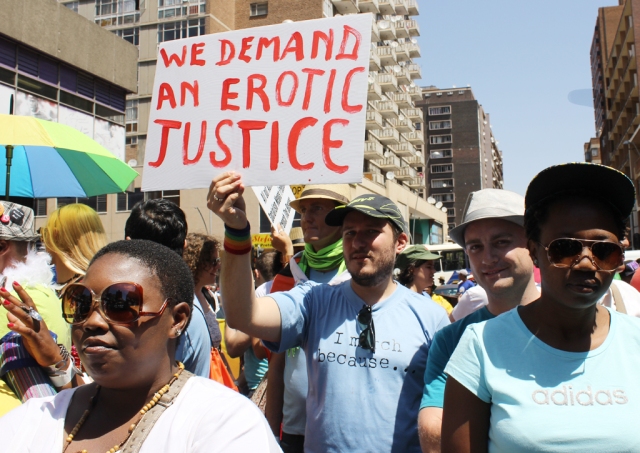 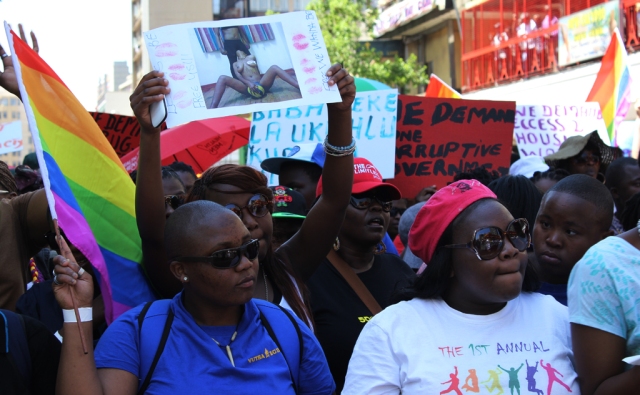 Johannesburg People’s Pride (JHBPP) took place in Constitution Hill on the 5th of October 2013.
The theme People’s Pride indeed spoke for itself, because it embodied all kinds of People.
JHBPP was not only for homosexual people even heterosexuals were there.  Lebo Mashile (poet) also graced the day with her presence.
She recited a poem about the human body.
Also in attendance were interesting individuals and activists from different townships around South Africa.
There was a group that played Jembe, creating music as part of the performances which ignited the spirit of mostly queer audience.
We then marched to Hillbrow where the first pride took place, the throngs of marchers sang and chanted  struggle songs remembering late activists like Simon Nkoli and our friends who died because of their sexuality.
We then headed back to Constitution Hill after we marched outside Skyline bar, an old gay bar.
We had a moment of silence in honour of the “place that accepted us, when the world threw us out.”
In the midst of all that, people were staring at us.

Without any shame, we showed them that We are Here, We are Alive and Kicking.