taken by Lola with iPhone 5 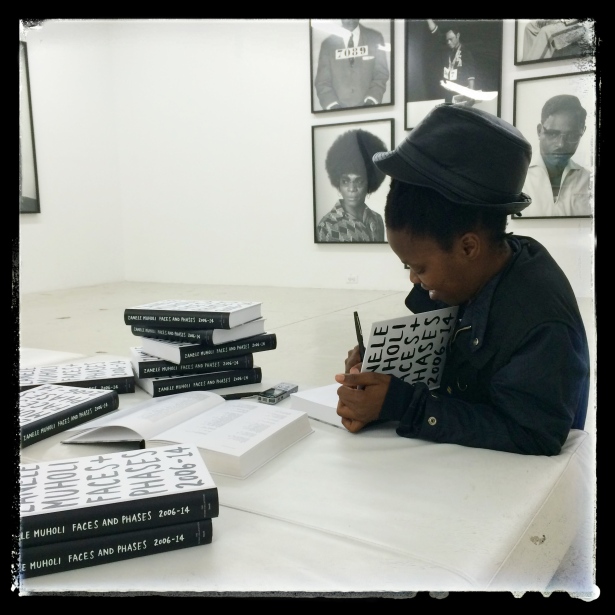 Muholi being introduced by Artur Walther… 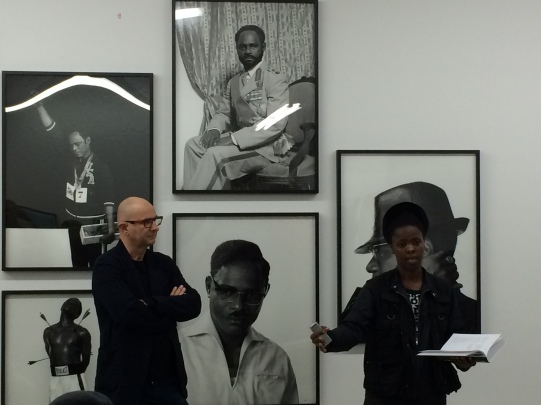 “You’ll have to read the book from back to front” said Zanele Muholi.

Muholi with Awam Amkpa (Prof. Tisch School of the Arts NYU) who co-initiated the Black Portraitures conference in 2013.

Nomonde posing with T. and Giyatri…

Contemplating… after the book was launched in this space and signing extra copies that Brendan Wattenberg requested me to sign. Am left here with 3 more individuals. Nomonde Mbusi, Brendan and Lola Flash is taking these memorable photos. 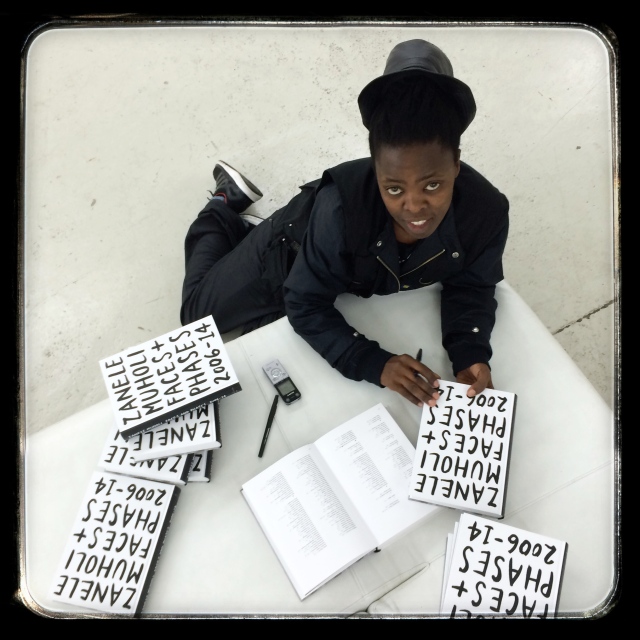 About Lola (the photographer)

Flash was born in the United States and is of African/Native American descent. She spent 10yrs in London where she regularly exhibited her work and also attained her MA. A classic Flash photograph ‘Stay afloat, use a rubber’ is part of London’s Victoria and Albert Museum’s permanant collection.

Her early work explored notions of colour, sexuality and gender. Her technique relied on the use of cross colour processing in the dark room, an effect which aided her confrontational and questioning style (see the miscellaneous gallery). Cassell publishing used several of these cross-colour works for a series of book covers.

While still in London, Lola embarked on her [sur]passing series, inspired by tales of light skinned black people who would pass as ‘white’ during America’s period of segregation. She expanded the notion of passing to include sexuality and gender. The series carried on after her return to New York where she followed it on with her later series surmise.

Later works, quartet and scents of autumn, saw her move away from portraits and explore colour, light, decay, and what lies between.

As can be seen in her new work, Lola is currently working on images unconstrained by theme.

Lola is available for commissioned work.

Lola is listed at autograph and en foco.