After spending nearly a week in Durban attending a conference with Feminists, Artists, Academics and Activists.
On November 30 2015, collaborators and friends, Lindeka Qampi and Zanele Muholi, made their way to Italy. They are participating in a 2-week Artist Residency in Cagliari and Nuoro in Sardinia Island. Their latest cultural exchange project follows an invitation by Tight Rope Walkers (TRW) Culture Association.

Even though many people warned about the cold weather expected in Italy during December, it was surprisingly sunny when the duo arrived at the Department of History, Cultural Values and Territory, at the University of Cagliari. They found a few students waiting for them while their classmates continued trickling inside the classroom, until approximately 30 of them had arrived. Professor Felice Tiragallo gave a brief introduction on the work done by Muholi and Qampi before handing over to them to present.

Assisted by an interpreter, the South African artists took to the stage to share their work. Qampi began her presentation by providing some background into her work, and her reasons for capturing her images. Lindeka shared about how she started photography in 2006 at the age of 36, explaining how she has moved from street photography to photographing her family, as a way of re-enacting scenes from her past. Her image selection highlighted the different cultures that South Africa has to offer. Technical glitches caused by the university’s computer, forced the group to change classrooms and the determined Qampi was able to continue projecting her work.

Her photographs highlighted the use of blankets in various aspects of South African culture. One of the photographs was of her husband, Mzwabantu Mafilika covered in a blanket that he has owned since 1991 when he returned from initiation school. Qampi spoke about how she has started fusing photography with poetry and recited one of her poems titled Blanket. The poem spoke about a blanket that provides comfort when she is alone in the dark, trying to cope with life’s challenges.

Muholi followed with her presentation, which complemented Qampi’s work, speaking on the theme of self-representation. As a way of introduction and giving context about her work, Muholi screened “We live in fear” which is an 11-minute documentary. The art activist explained to the group that she produces her work, as a way of denouncing phobias is South Africa and beyond. The Anthropology students listened intently while Muholi projected her most recent and well-received body of work titled Somnyama Ngonyama. Muholi informed the group that she started working on the high contrasted self-portraits in 2012, during an Art Residency at Civitella in Umbria, Italy. The work was inspired by her need to respond to racism as an artist. She shared how racial incidents compelled her to produce the work in the different African, American and European countries she has visited, during her travels giving lectures and photography training. 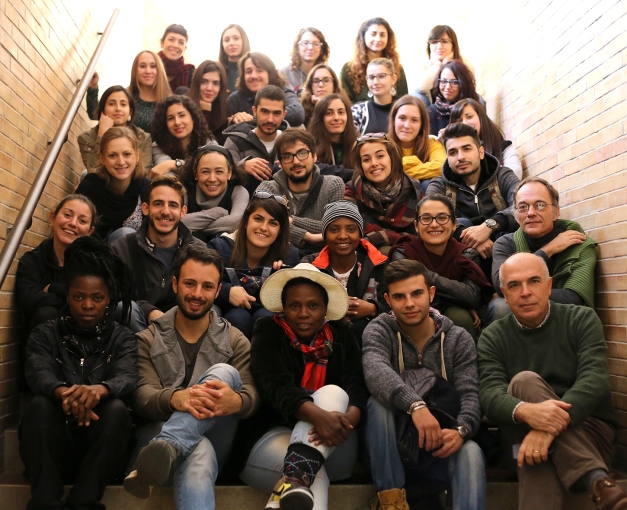 The group seemed to be overwhelmed by the presentations and were unable to ask questions when the platform was opened for them to do so. The following day the artists turned the tables during their second session with the Anthropology students. The group was given an opportunity to share their thoughts; they were requested to speak on the problems/challenges facing their communities. The group, which comprises mostly of youths had to imagine themselves as members of parliament handling different portfolios. Although some of the students are not from Sardinia or even Italy, the problems raised pointed to global challenges facing countries such as Germany, Turkey and South Africa. Amongst the biggest problems raised was food shortage, lack of recreational facilities for youngsters, scarce public transport that prevents people from accessing education institutions, a culture of not valuing education in some communities and a gap in the tourism industry, which could boost the economy of communities.

Having coughed out some challenges, the following day students had to identify their responsibilities as Anthropology students and members of those communities. The aim of that exercise was to assist them in coming up with solutions. The group then paired up and took portraits of each other, as a way of teaching them the process of making. Some of the students have photography as part of their course and own cameras; while for some it was their first time handling a DLSR camera.

The three day lecture series was ended with a group photo taken by Muholi, as a way of marking the time spent with the group.  They highlighted that people might be separated by distance, mountains, oceans and time, but are bound by life’s challenges such as global warming, financial crisis and technological advancements.

The group photos show special moments shared with many individuals we met through our journeys, especially those who believe in our work on visual activism.
We felt loved, recognised and appreciated. We learnt and shared knowledge.
Indeed 2015 has been a great year… 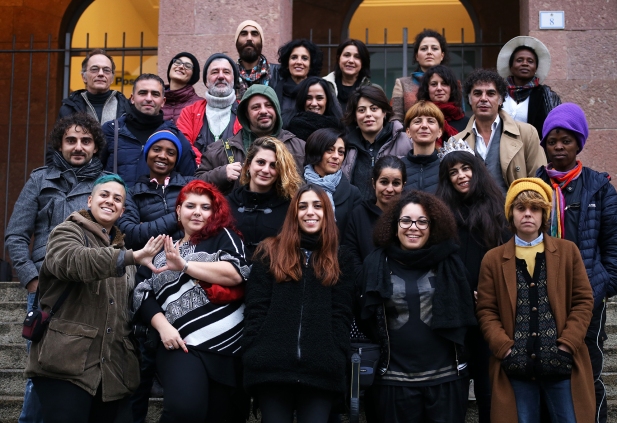 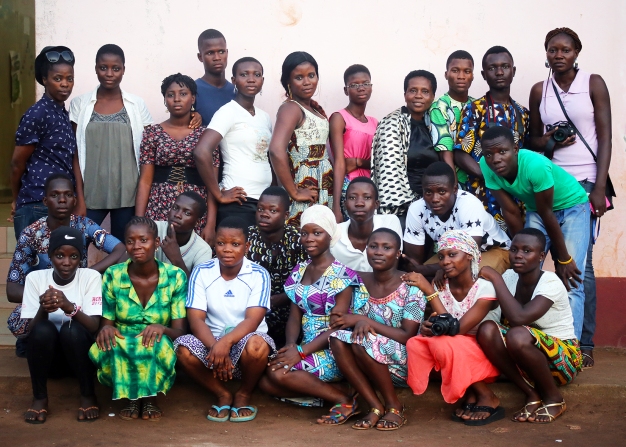 2014 July 16:  Through the eyes of young women photographers

6 Responses to 2015 Dec. 8: Cultural exchange from Johannesburg to Sardinia