PINK MONEY, a showcase that describes the purchasing power of the LGBT+ community particulariy that tackles tourism as to who spends this money, who gets it and at what price! 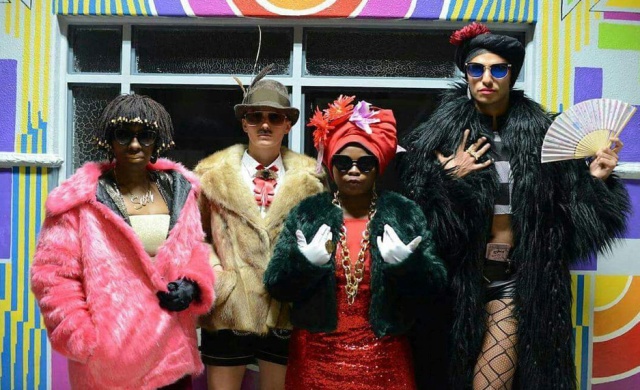 The show beautifully displayed the experiences of the artists in Europe in pursuit of this Pink Money, I got to be part of the people witnessing the show as Annalyzer, one of the artists shared her experience of Europe based on myself being thrown down the stairs by an airbnb worker, seeing and witnessing what that ordeal was like to her with my naked eye sparked a sense of healing which was beautifully delivered in the form of great artwork. 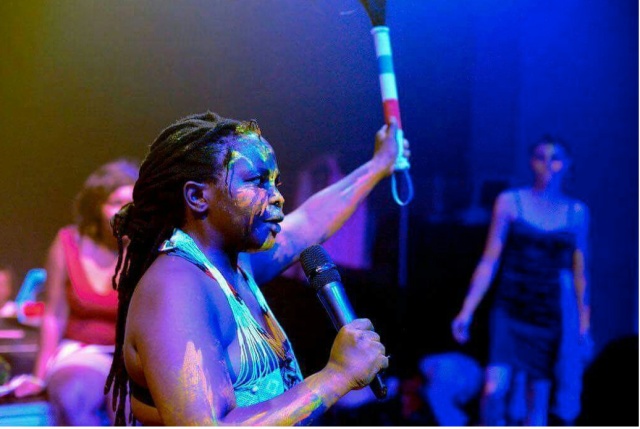 The introduction of the show was perfectly planned from the beautiful Miz Buttons aka Mbali Mdluli, one of the artists eased people into the  performance with  beautiful sounds to Annalyzer as uMalume as well as Anje Shupp plus Kieron Jina sealing the beautiful collaboration with the naked truth of their stories, beautiful dance moves and  attention grabbing energy from all artists. I personally loved the aspect of the show being created so that the artists interacted with the crowd so we could feel as part of the show as much as we came to watch the show. Pink Money is a force to be reckoned with! It both challenged the status quo as to who deserves what based on who they are, sexual preference and how they dress. We shared a moment of hug towards the end of the show with Annalyzer considering how far we have both come since Holland, we did alright.  Pink Money has literally smashed the stigma into pieces and in Europe.

What I noticed was the amount of support they got to a point that tickets were sold out, I had a friend who had to go back home because the show was already full which brings me to my next point of being a South African and writing  this for South Africans. The only way our art is going to grown is by starting to support each other in numbers, do what you are not used to doing. If  you are used to free tickets at least surprise yourself and buy 1 ticket it makes a lot of difference as we as artists put our blood, sweat and tears into our own art more support can go a long way and yes I do appreciate the support that we already experience and  share.  Aluta continua.
As I got back home on a Wednesday, Luyolo Thomas from the South African Embassy based in Switzerland who is also a good friend of  mine could not keep his mouth shut after witnessing the show for himself, he then told me “Those guys are good” so I asked which guys and he replied Pink Money!
An interesting way of summing up her part in Pink Money,  is a quote from Annalyzer that got most men saying something about it and which I relate to a lot.
“These boys envy me because I eat what they eat and I eat it better” – Annalyzer

Annalyzer and Siba, a moment of pride after the show

However it is never about such statements but about respecting and honouring who people are without expecting them to act or be a certain way because you see their bodily features. I do encourage anyone who wants to learn more about LGBTI+ in a beautiful captivating delivery to see Pink Money as it is a must see wherever you are. The time is now to be radical about who we are and become more and more visible than gay prides and parades, we take back what  they took from us which is mostly dignity by being unapologetically visible.

Lastly I said talking to a friend a few days ago “ I would love to see the show in churches and schools more, that is where our children are taught about life and being human and the very first places for us to be radical and raise awareness with the help of the parents of course, no longer can these issues affecting the LGBTI+ community be swept under the carpet” it begins with you. A special thank you to the Pink Money artists for such an amazing and yet educating show. Anje Schupp, Kieron JINA, Mbali Mdluli and Annalyzer you did us proud.