Posted on June 24, 2013 by inkanyiso2009
by Londeka Dlamini
Pule Mathonsi (28) from KwaMakhutha in Durban has launched a
new clothing label called Soulful-Star for house music fans, mostly
he designs t-shirts written about house music. He says he had an
idea about this brand two year ago because lot of brands are
targeting hip-hop fans most of the times so he wants to cater
for house fans as well.
This designer who is also a photographer and a video producer has
exhibited his paintings at the Durban Art Gallery and has won the
National Truworths Design A T-shirt Competition in 2010 and has
worked for a nuber of well known brands.

The Soulful-Star t-shirts are for both girls and boys who love house music. They are some Durban Deejays who are ambassadors of this brand.
“Now I have achieved introducing the brand in Durban so I feel it is time to implement
next plan which is to get the brand nation wide because its not just a Durban brand but
in order for it to grow it has to start here at home” says Pule.
He also states that he want his t-shirts to be sold in well known stores like Sportscene
because they have branches all over the country.
You can get these t-shirts in Durban at 320 Protea house office 513A and you get a free photo shoot or get them on facebook
www.facebook.com.SoulfulStar. 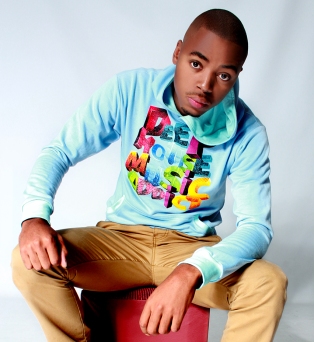