My name is Refilwe Pitso but am popularly known as ‘Fifi’.
I was born and raised in Daveyton, Benoni in Johannesburg. I was born on the 27th of December 1991 and I was raised by my mother. She is a single parent but there were other guardians who helped raise me as well. I currently live with her and my younger sister.

My highest level of education is matric and I graduated with a B. I am employed at Ackermans as a shop assistant. I am also a treasurer on non-profit organisation called Team Dress Fresh, an organisation involved with street fashion. I love modeling very much.
In 2013 I won the Mr Uthingo pageant in Daveyton. The experience was fun but the competition was tight. I was competing against my best friend Meme. The first time I entered, I won the Mr Valentine title, as a 2nd Prince. When I entered this time, I was confident I would win. I knew I had the looks, I knew the challenges, the personality I needed to project and I know modeling as a whole. In the end I won best prize and there was a photo frame and man’s accessories included.

The future plans that I have for myself are to rise up in the real world, becoming something that people could never believe from a person like me. I would like people to know that when they’re looking at me they are looking at a man who is trapped in a woman’s body. Frankly what am trying to say is I am lesbian.

I was born this way and I cannot change the skin that I live in.
In terms of gender I identify as a female, a woman who likes the satisfaction of another woman. I identify as butch and to me this means that I am a masculine person in a relationship. This tends to denote a degree of masculinity displayed by a female individual beyond that typical of a tomboy.

My family and I went through rough patches these past few years. When I came out as a lesbian, it came as a horrifying shock to them. They thought that I was cursed. They thought that the devil was using me and that I had a demon in me. They started taking me to various churches to be exorcised, but nothing changed. I kept on telling them that the devil was not using me and this is who I was and nothing could change me. Time passed by and they started realising how I lived my life and they started gaining an understanding that people like me live by God’s will. Suddenly they were showing me real love
and real support.

I take relationships seriously, even though our generation takes love for granted. I am currently dating and I try by all means to love and cherish my woman. My parents are totally aware of my relationship, and so do the family of my girlfriend.

I live in a nasty township where unexpected deaths occur. Anything is possible there. Crime rates are very high. People went from being human to being animals and the law is not doing enough, especially around lesbian/gay crime.

As a black lesbian my life is always in danger on the streets, taxi ranks, clubs and even in schools. People are homophobic every day and so far nothing has changed. As the LGBTI community, we try
hard to educate people about who we are, what we are and what we do, but to them it is like telling them to hate us more.

If I were to become a leader or a politician, I would focus on hate crimes and finding solutions on how to overcome them. I believe they will not be completely eliminated but that more could be done to have them under control.

If given a chance to do something that will change my life, I would become the first lesbian president and my platform would be to champion equal rights. The true meaning of being young is to live happily, show love to my race, show people that I am more than who I am romantically attracted to and that I am human being who is equally capable to think and bring change to the world. The true meaning of being a woman means I don’t have to be ashamed of who I am and who I have become. 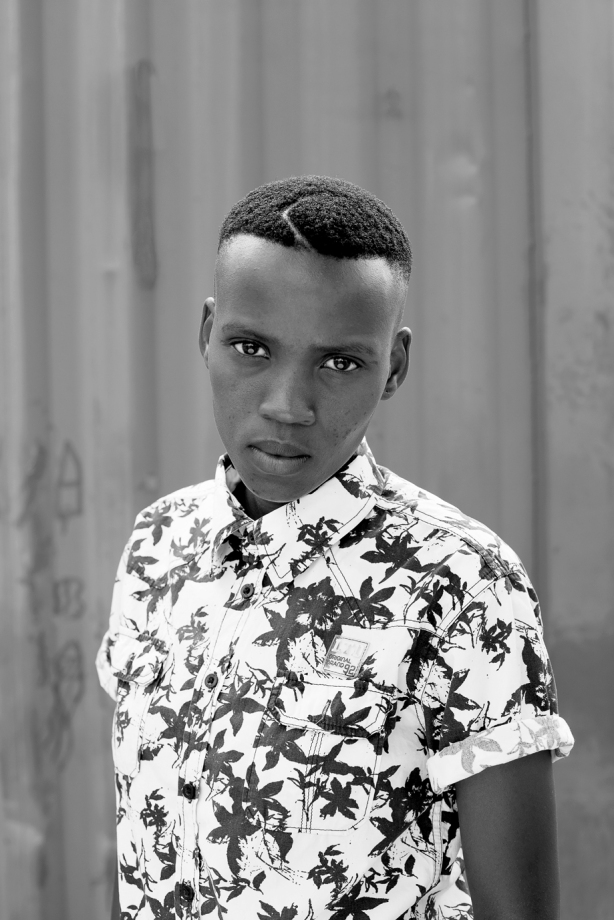 ‘Fifi’ featuring in Faces and Phases

When I saw my picture on the wall I was amazed by the work Zanele Muholi was doing, I mean she chose me coz she saw something in me, and I felt happier than ever.
When my parents saw my picture my mum was like “ngwanaka you definitely a man.” She is now proud of me, am proud of taking that chance when I still got the time, and thanks to Zanele now people know who I am.

2014 June 25: I consider myself beautiful not handsome

2014 May 18: Behind the beautiful face you see is a lesbian who is torn into a million pieces