On August 29, 2014, Lindeka Qampi, Zanele Muholi, Martha Qumba and myself visited Aurora Girls High School in Zola One, Soweto. It’s a school where Lindeka and Zanele are busy tutoring photography to some learners after school hours.

When we arrived there some of the learners were still in class and it was difficult to get a vacant classroom to occupy. The school had classrooms with broken windows and it was a very windy and cold day. Classrooms were freezing and the wind was blowing through the broken windows. And it is built on a field with water and it is located next to a cemetery.

Martha a researcher from Cape Town interviewed some of the learners while I captured the interviews on video. It was interesting and insightful to hear how the learners spoke of their first camera experience. The most common issue they encountered when taking their very first picture was taking a blurry picture. 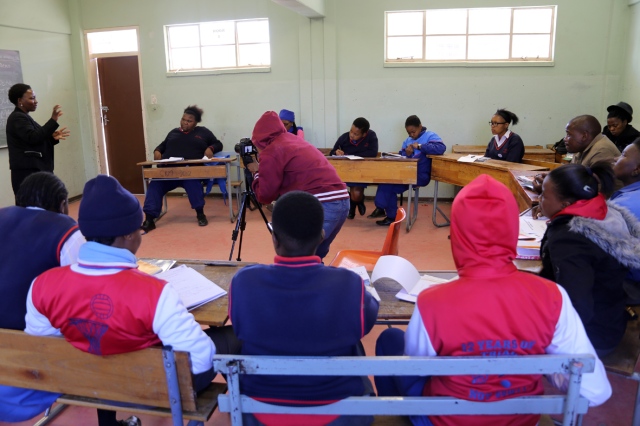 We were later joined by Busisiwe Radebe and Makwele Makwele from the Department of Trade and Industry (DTI). Busisiwe did a presentation informing the learners about opportunities that the DTI can offer them, such as incentives and internships.

The presentation also was very motivational. She was not only professional but she also talked about her personal experience as she expressed her love for the learners. Her message to the children was ”Each one Teach One.” 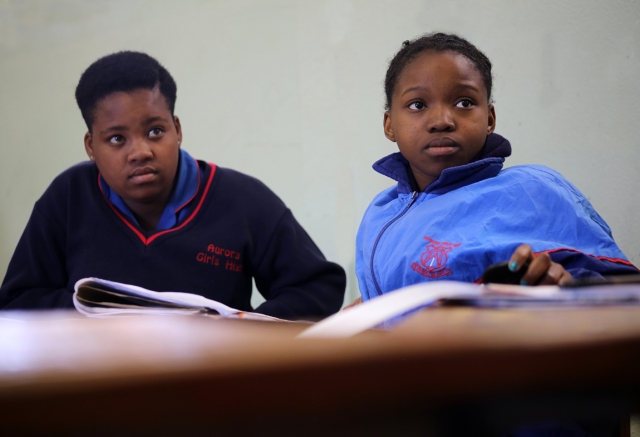 The visual work done by Lindeka and Zanele was very powerful. They have brought opportunities into the school for the learners. Not only have they ”given back to community” or take a girl child to school but they became pillars that carry these learners on an everyday basis.

Linda Mankazana, an educator Aurora and 2014 PhotoXP collaborator thanked the guest speaker for her special visit and mentioned that the school has 1300 learners and only 1 percent of the entire school is given opportunities that even past matriculants never had. She said these learners spend their month end weekend in a classroom developing themselves.

7 Responses to 2014 Aug. 30: Insightful analysis from the guest speaker