A day meant to be filled with photography adventure which is historical educational turned bad, when three photographers were robbed of their camera, on  the 10th July 2014 in Soweto.

The trio traveled to Joe Slovo mine with the aim of taking photographs for one of their projects titled My Soweto, which is looking at the historical background of their community.

However Lindeka said it was not long after they had arrived at Slovo, they were confronted by a group of men who took the camera that was shared by the group of 13 teenagers. 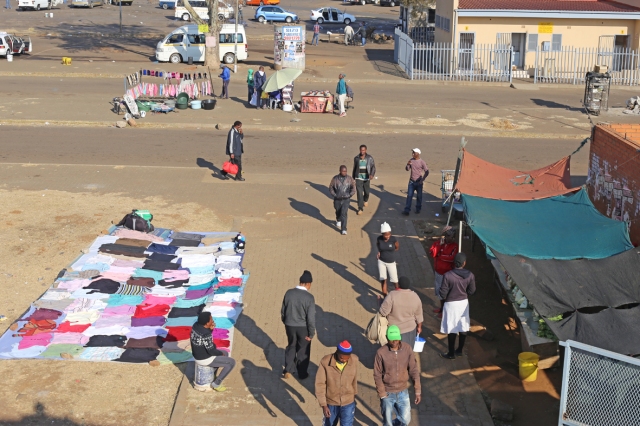 “We felt safe in that area because we were next to a taxi stop and residential area, and it was around 1pm,” added the facilitator.

All the women could do after the crime was to scream, but they said their screams fell on deaf ears as everybody just looked on and continued with their business.

Lindeka continues to say their efforts of tracing the men immediately after the incident, were further compromised by residents who were alerting the men that the police were driving around looking for them.

Thando who is in Grade 12 had the Canon 600D camera with 64Gb card around her neck when it was snatched by the thugs.

The aspiring journalist said after one of the men asked for the camera, he lunged as if to attack and when she ducked he pulled the camera.

Nhlanhla helped her best friend to duck the thief’s flying fists and admits to have been left in a state of shock unsure if she would be able to ever feel comfortable to shoot in public again.

She described the attackers faces as scary, but said she won’t let this incident pull her away from her long time dream of being a professional photographer.

Siyafundisana 2014 Photo XP Training began in February, and is one of the projects founded by photographer Zanele Muholi working tirelessly on this initiative with Linda Mankazana (educator at Aurora Girls High), Lindeka Qampi (photography trainer) and Valerie Thomas who drives it from France.

Young girls are taught how to use camera and become photographers while they are still in school.

The group currently consists of 13 girls, but the collaborators’ vision is to see photography introduced as part of the curriculum, adding that many South Africans still can’t access Universities where photography is offered.

Four of the young female learners (Nhlanhla Maluleka, Kamo Petlele, Mthabiseni Mbhele and Ntombi Shabalala) recently returned from 2014 Cape Town Month of Photography where they presented their work to a group of professional photographers and art lovers.

2014 July 12: From Soweto to Paris for the love of photography

2014 Aug. 28: Fine Artists on importance of being creative

Mail & Guardian made a mention of some yfl two weeks ago and the link is:
http://mg.co.za/article/2014-09-18-15-significant-sa-photographers-to-know